By WeekyDailyWithSam (self media writer) | 24 days ago 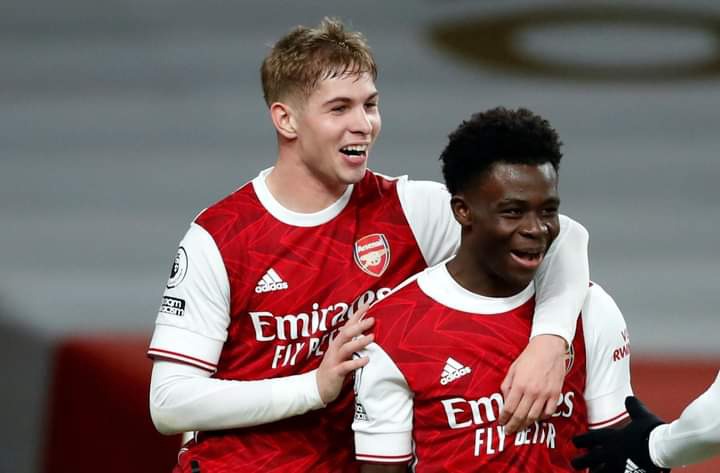 It was a day of a masterclass session by the Hale End boys as Boukayo Saka and Emile Smith Rowe sent the Amirates stadium into a frenetic crazy of chants. However it was new signing Tomiyasu who stole the show with his excellent display in the left back position, giving Son a nightmare of a game. 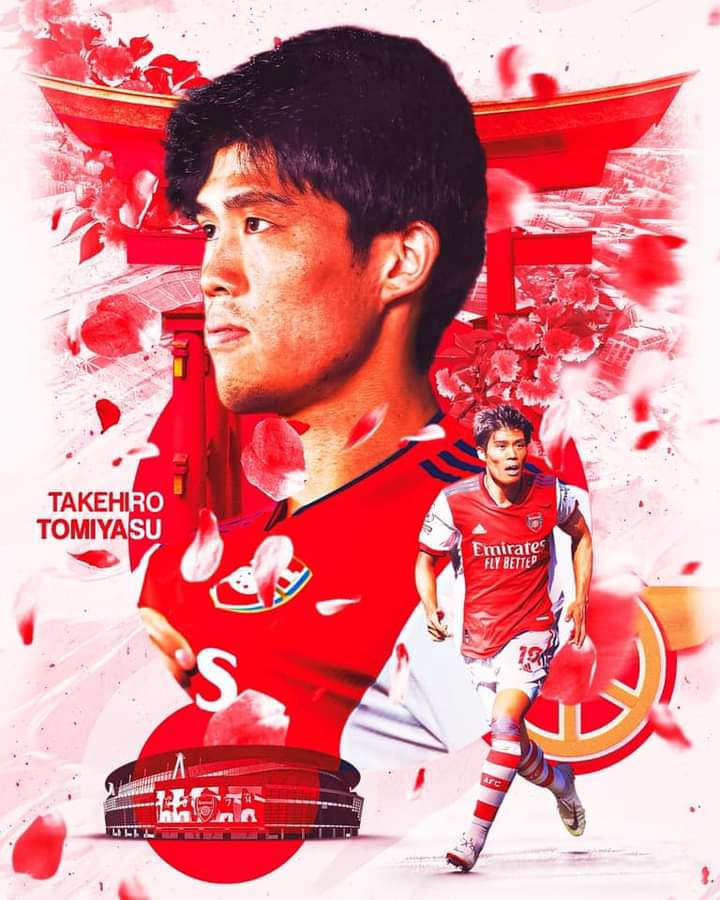 Takehiro Tomiyasu signed for Arsenal on the last days of the transfer window after Surs pulled out of their pursuit of him which opened up the way for Arsenal to swoop in and capture his signature. A decision that would later come back and haunt the lily whites as one of their best players in Son found himself in an extremely difficult situation with Tomiyasu breathing down his neck. The right back haunted the Spurs man's every move, turning his every thought and time on the field into a nightmare.

However Son did find a moment to breathe through a distraction from a Lucas Moura and Xhaka collision which Son took full advantage of to score Spurs only goal of the game late in the game. 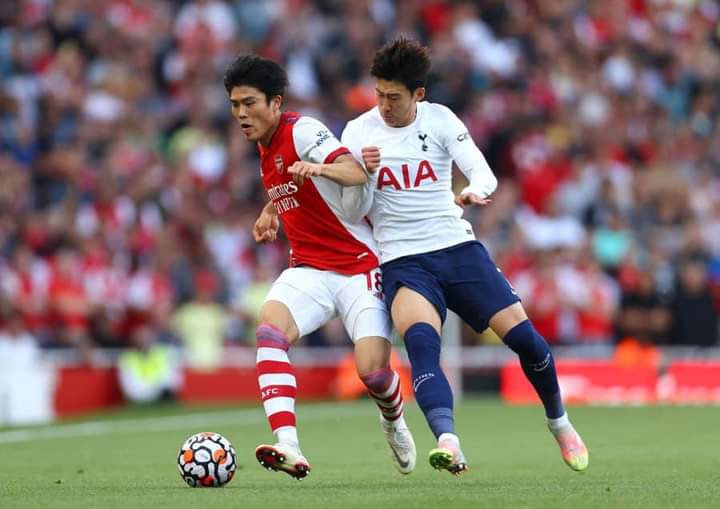 North London was engulfed in red as Arsenal ripped through Tottenham Hotspurs with a connection born in the Hale End academy. 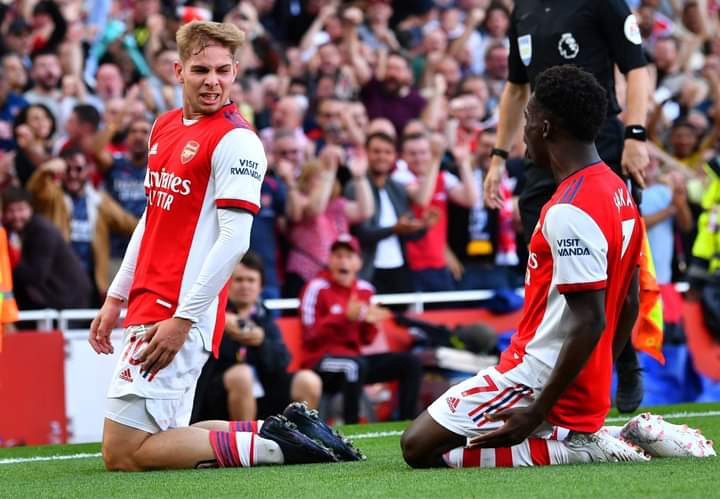 The Gunners started the game like a house on fire with the two Hale End graduates linked up with Saka assisting Smith Rowe for the opening goal early in the game. An early London derby goal for the youngster with a Theirry Hendry inspired celebration things could only get batter as Arsenal only intensified the game even more.

Smith Rowe found Aubameyang for the strike to give the ball back to him with a fine one touch pass as Smith Rowe raced down the left to pull the ball back for a free Aubameyang who's shot found the back of the net, 2-0 for the Gunners with Spurs looking completely shocked and in no man's land. 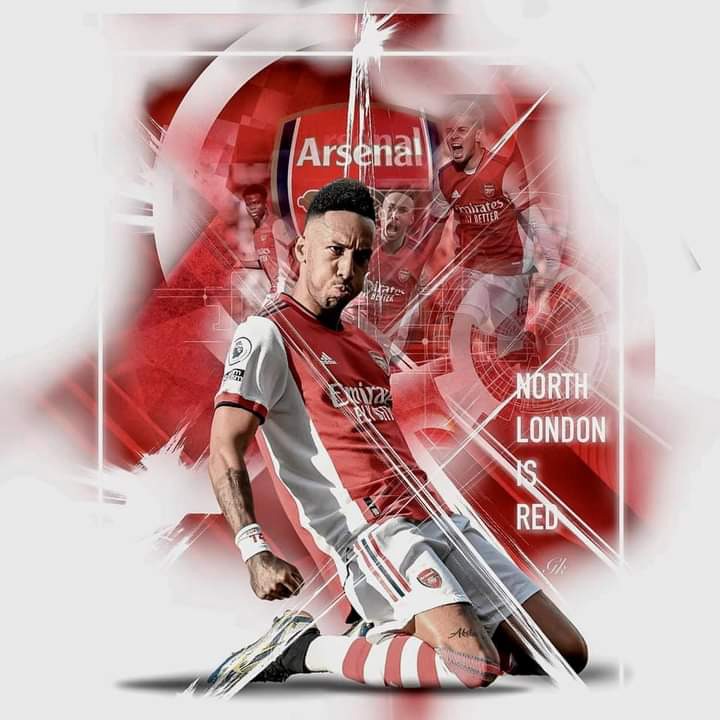 It was looking like an early night for the Gunners and a long night for Spurs as nothing they tried went their way. Saka soon had the ball early in the 30th minutes of the game, racing and dashing down the left weaving his way past the Spurs defenders with one eye spoting an open Smith Rowe. He aims and attempts the pass and blocked by a sliding tackle from Harry Kane who hasn't scored a goal in the league this season but wait, Saka picks put the loose ball and goes open on goal, 3-0 with the King himself loving the display from the academy graduates as his spotted in the stands with the owner of spotify. 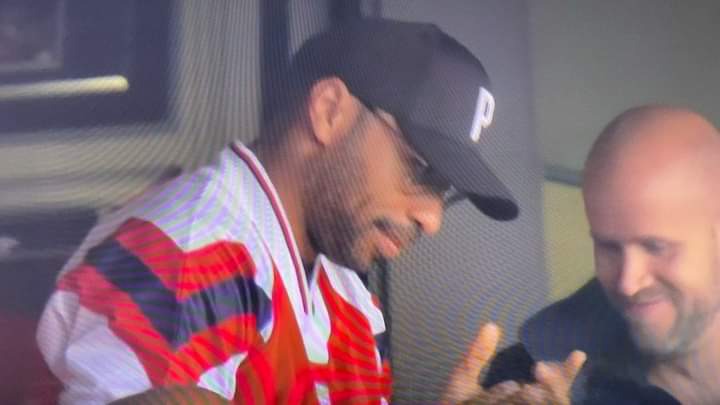 Who could've seen this coming, Arsenal up by 3 in less than 35 minutes as Spurs look to go more than 10 years without a win away to Arsenal with their last win coming in 2010. Which was a 3-2 win, coming from behind from 2 goals down to win the match.

With Arsenal's poor form in recent games, this came as a huge surprise to the Spurs hopefuls. 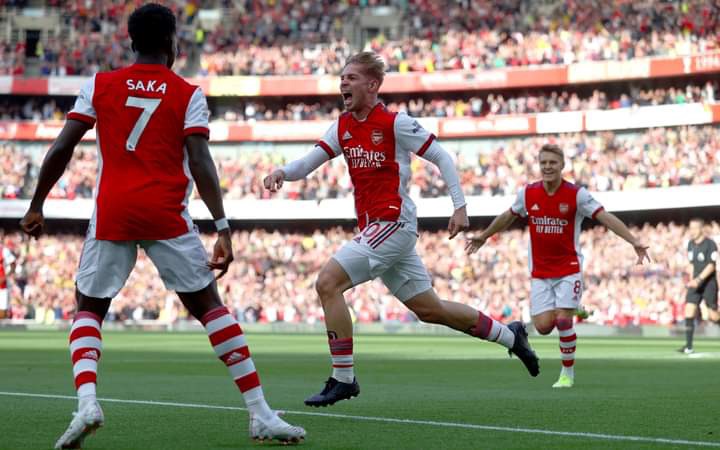 The half ended with Spurs 3 down and looking to redeem their first half threshing, they found their consolation goal halfway through the second half as Son found the net however they could not rescue themselves a point as it ended for them with that single goal.

London is red as Arsenal put on a masterclass showing at home. Could this be the game arsenal needed to wakeup and race back into the top 4 once again, claiming their place back in Europe's elite league (the champions league)?...