Opinion: Cavani Will Do Himself More Good By Remaining In Ronaldo's Side Than Leaving The Club

By Chester_Boss (self media writer) | 6 months ago

Manchester United forward Edinson Cavani is rumored to be interested in leaving the club to play for another organization. Cavani, according to reports, is considering a move to Barcelona, despite the fact that the club is currently out of the Champions League. 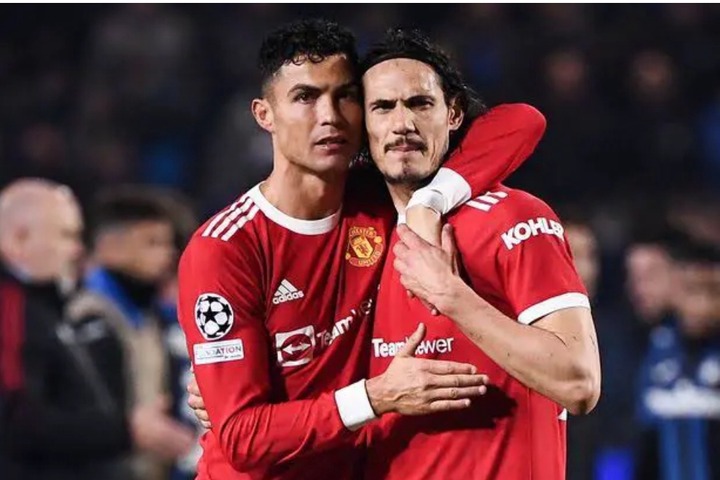 Today, a renowned sports journalist, Fabrizio Romano, revealed that, despite Cavani's desire to play for Barcelona, the prestigious football club has not approached Manchester United about the possibility of purchasing the 34-year-old Uruguay forward player.

According to Fabrizio, Barcelona is more interested in signing Ferran Torres than they are in signing the 34-year-old Manchester United striker, Angel di Maria.

Cavani will do himself better if he stays at Manchester United and plays alongside Cristiano Ronaldo.

According to Fabrizio Romano, based on the current state of Barcelona, the club may decide not to sign Cavani during the upcoming transfer window.

I believe it would be beneficial if Cavani could forget about his difficulties in escaping from Manchester United. Instead, he should place some faith in the new German manager of Manchester United, who has promised him more playing time. Many Manchester United supporters have seen the duo of Ronaldo and Cavani play together in a match before. If Cavani decides to stay, he may be able to contribute significantly to Manchester United's success by playing alongside Cristiano Ronaldo on the field.

As experienced professional footballers, Cavani and Ronaldo have a strong chance of propelling Man United forward. If these two players can keep the club on track, it has a strong chance of winning trophies and winning multiple, important games.