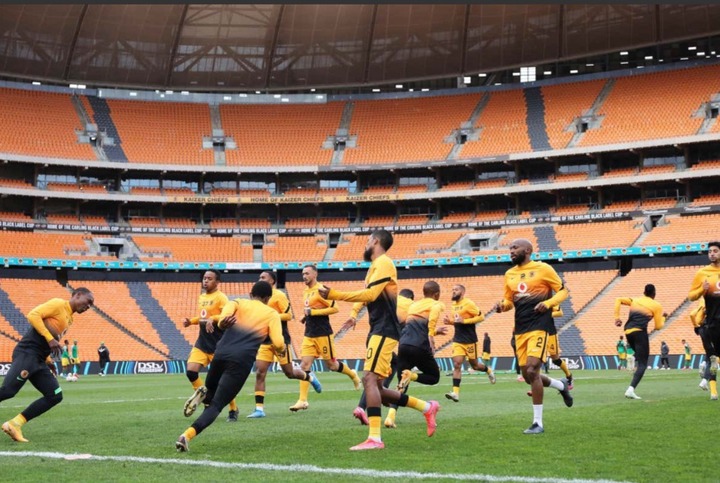 GOAL examines some of the arguments in favor of and against Amakhosi receiving a reprieve from the Premier Soccer League.

The PSL has some difficult decisions to make following Kaizer Chiefs' decision to drop out of their match against Cape Town City due to a Covid-19 outbreak in the camp.The late timing of the withdrawal may work against the Glamour Boys.

One has to wonder how so many members of the Chiefs' contingent - a total of 31 staff and players - tested positive in such a short period of time. Have suitable processes been established and followed to the letter? According to the club, they have:

"Following many positive Covid incidents affecting the team and general personnel, Kaizer Chiefs have adopted stronger Covid management policies, as indicated in the days preceding up to the game against Swallows FC.

"Our measures are always tough, but with the rising number of illnesses in Gauteng and across the country in the last two weeks, we've had to be much stricter.

"During the Covid-19 pandemic, players and staff at Kaizer Chiefs Football Club were rigorously checked for symptoms and tested on a regular basis. As we prepared for Saturday's game, more personnel tested positive this week."

We must assume these claims to be true in the absence of any proof to the contrary.

It begs the issue of why no other PSL team has had similar epidemics.

But, as previously said, not everything about Covid-19 is known, and even less about the most recent variation discovered in South Africa.

It's possible that the chiefs are unwitting victims.

At the same time, the PSL may be concerned about setting a precedent that would allow any team to request postponements on short notice, perhaps causing chaos in the league and making it tough to finish on time.

Then there's the inconvenience that Cape Town has to deal with.

Traveling with a full squad of players and technical team members necessitates a great deal of planning and money. Even more so now that Covid-19 protocols are in place.

There's also the issue of jetlag and exhaustion when you're in the thick of a particularly hectic fixture period. It's unsurprising that the Cape Town contingent will try to force the three points by showing up at the FNB Stadium on Saturday evening. It's understandable why the citizens believe they should be given the points.

On balance, the PSL may be leaning towards City taking the points. However, don't be shocked if they put off making a decision for a while.

That could be a good idea because they'll be able to see how dangerous the current Covid-19 variety is, how it impacts the rest of the country, and whether or not talk of a 'fourth wave' materializes in the meanwhile.

They may also want to look into the evidence of the 31 persons from the Chiefs camp who tested positive, as well as how many of those people were players.

While the PSL has the option of delaying a decision on the points, it will have to act fast in response to Amakhosi's request to postpone the games against Golden Arrows on December 8 and Sekhukhune United on December 12.

Because there is more time between those games, there is a chance the PSL will be more lenient. They may, however, insist on playing the Royal AM game on December 19, which is more than two weeks after the existing date.

Perhaps the league's decision-makers believe the best solution is to dock the Chiefs three points for the City game, demonstrating that there are consequences for late notification, but to allow the other two games to be rescheduled.

It's a difficult decision, though, because the PSL must also consider the damage wrought by Covid-19, as well as the countless people who have died or lost loved ones as a result of the pandemic.

Dad finds out he is not the father after 2 years of good parenting and bonding.

Pirates' Striker Reveals His Preferred Destination Where He Wants To Play

Good News For Chiefs As Top Player Joins Them In Training