Moeneeb Josephs, who parted ways with AmaZulu, is in fresh talks for another job.

‘Slimkat’, as Josephs is affectionately known, had formed part of a coaching trident alongside Benni McCarthy and Vasili Manousakis since hanging up his gloves in 2020.

However, with McCarthy having secured himself a high-profile job as a first-team coach at Manchester United and Manousakis named as a technical advisor at Richards Bay FC, Josephs has been making steps to continue his coaching career as well. 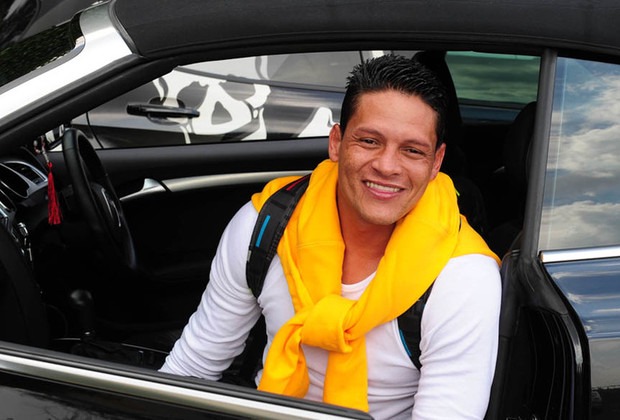 Soccer Laduma has it on good authority that the 42-year-old is in talks with Motsepe Foundation Championship side La Masia (MM Platinum) over a possible role in the club’s technical team this season.

The Johannesburg-based club managed to win promotion to the second tier after sweeping aside all and sundry in the ABC Motsepe League play-offs.

As reported by the crew, the club’s current head coach Ashraf Hendricks is set to jet out of the country to take up a job in Saudi Arabia to head up a new academy, leaving former Kaizer Chiefs development coach Delano 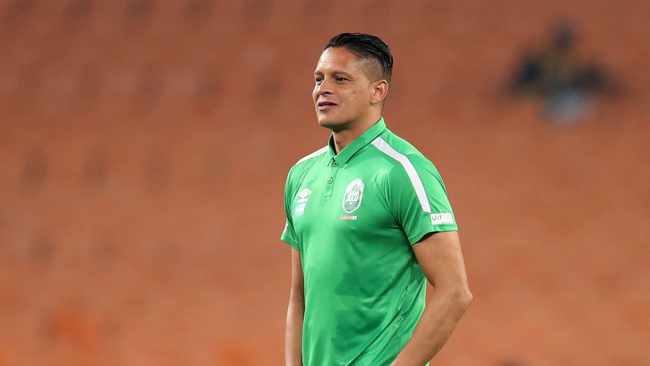 Hendricks as the head coach.

The crew has been informed that La Masia are strongly considering the possibility of roping Josephs in on a dual role as goalkeeper coach as well as assistant coach for the 2022/23 campaign, which commences in the first week of September. 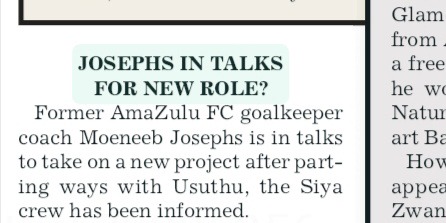