It was not a fluke, Royal AM do it again. 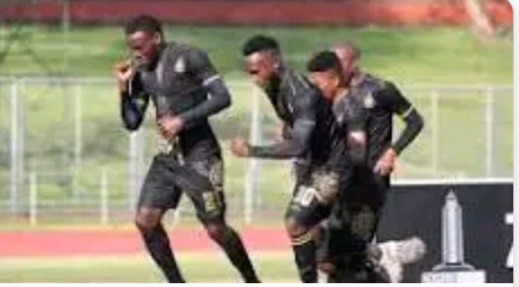 How many times is a fluke. To most of us fluke happens once.Therefore in that case we can safely say that it was not a fluke that Royal AM beat Kaizer Chiefs 4-1.

Yes Royal AM did it again on Sunday when they drubbed TS Galaxy 4-2. Almost the same like they did with Kaizer Chiefs a weekend before last weekend. Only this time Galaxy could pull back one more goal than Kaizer Chiefs.

Will I be right to say that this newcomers of the DStv Premiership league are proving to be a force to be reckoned with. Or is it too early for anyone to make such proclamation. Because some might say twice is not enough to prove whether a particular act is a fluke or not.

Well,we shouldn't forget that as much as we are talking about a new Royal AM, we are at the same time looking at the old Bloemfontein Celtic.

This club is almost the same team that gave Kaizer Chiefs a run for their money in the past season in the DStv Premiership league.

A weekend before last weekend when Royal AM beat Kaizer Chiefs some people said it was a fluke and others said it was given since Chiefs has not been running well for a number of seasons now.

However we have seen them doing it this past weekend against TS Galaxy again. Would people again find some excuses or explanations regarding this marginal win.

But I would only say they are on fire, although it is still early in the season. We will be watching their performance come many games that are still to be played.

Royal AM positioned number four on the DStv Premiership league log are to meet their fellow KZN counterparts, Maritzburg United for the league game.

It will be a KZN derby. Maritzburg United is placed at number nine in the DStv Premiership league log. They lost 2-1 against SuperSport United last Saturday.

On the other hand Royal AM come with high spirits and boosted morale from their previous two games. Therefore odds favour them.

Well we wait for this coming match between these two KZN PSL teams with abated breath. And see if Royal AM continue their winning streak.