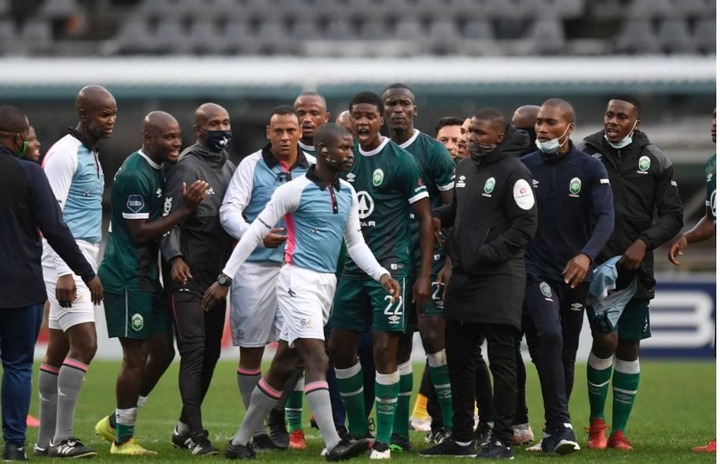 After receiving a controversial penalty in additional time at Jonsson Kings Park Stadium on Saturday, Kaizer Chiefs appeared to be lucky to escape with a point against AmaZulu.

After former Orlando Pirates striker Luvuyo Memela scored early in the second half, the Durban side looked set for their first league home win against Amakhosi since 1992.

After Tapelo Xoki was adjudged to have handled Lebogang Manyama's cross in the 93rd minute, Chavani awarded a penalty kick, which Keagan Dolly converted to make it 1-1.

The referee took a few moments - around five to ten seconds - to make his decision, and it appeared that he did so after getting communication from his assistant, Emmanuel De Sani.

Replays, on the other hand, clearly suggested that Chavani should have followed his instincts and continued play rather than awarding the spot kick.

For starters, there was no clear evidence that the ball had struck Xoki's arm, and if there was no obvious infringement, the defending side should have been given the benefit of the doubt.

The replays do indicate that the ball may have made contact with Xoki's shoulder, which would have been legal under the current rules.

The replays also appeared to show that before making his cross, Manyama had handled the ball himself in order to get control of it. In other words, AmaZulu should have been handed the free-kick, and the Xoki incident should have been ignored because it happened afterwards.

So it wasn't only on one count that AmaZulu was displeased.

It wasn't an easy decision to make because the angle at which the ball hit Xoki made it difficult to see where area of his body was hit.

It did, however, strengthen the case for those who believe VAR should be implemented into the PSL as soon as possible. McCarthy, I'm sure, thinks so.