Big clubs all around the world have been guilty of letting go of the brightest talents for different reasons. This is a common problem in football that usually caused by a number of issues. Clubs like Chelsea who let go of Mohamed Salah and Kevin De Bruyne while Manchester United parted ways with Paul Pogba for free only to buy him back for millions of euros. This exposes the ability of spotting players from big teams more especially. The situation of this former Kaizer Chiefs is similar to the ones mentioned above. 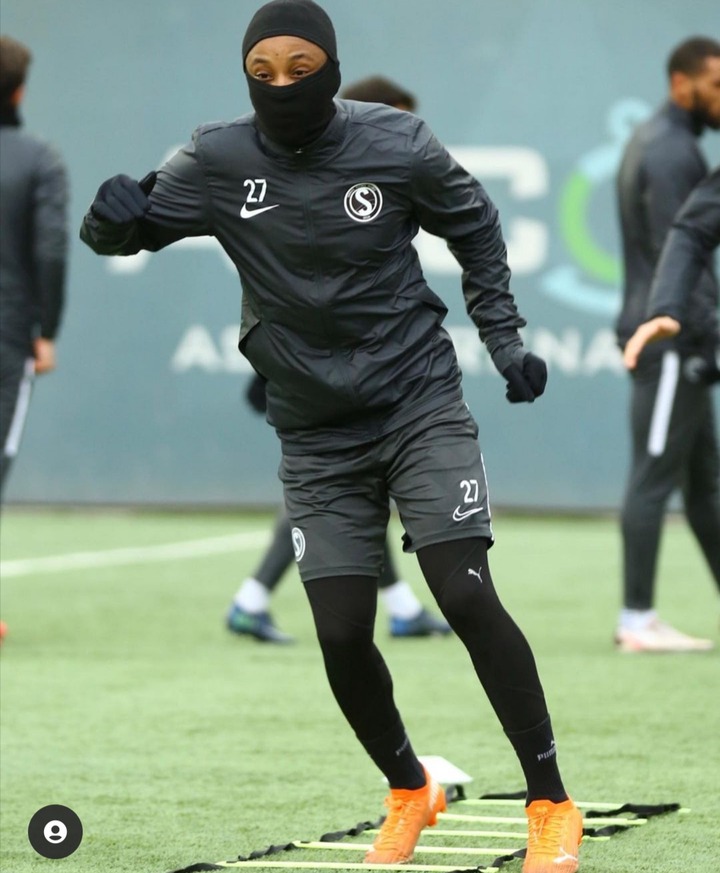 The star was reportedly let go by Amakhosi after failing to reach an agreement with his contract. It was said that he was demanding more money and Bobby Motaung wasn't willing to meet him, which ultimately led to his departure. He shared during the many interviews that he felt undone by the decision that was taken by the club to let him as he still wanted to stay at Naturena. 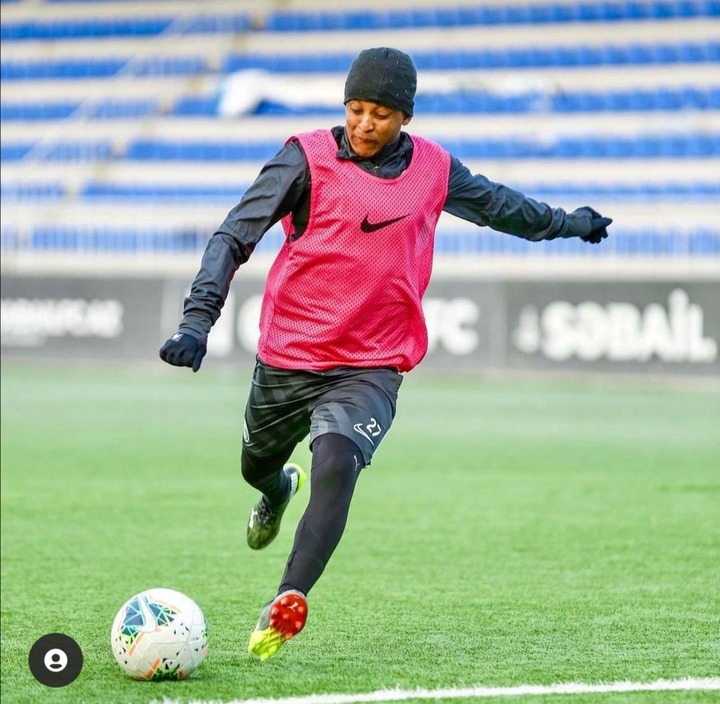 Pule Ekstein is the model Kaizer Chiefs player and a person who embodies the culture of the club very well. His skills and technical ability could be compared to the likes of Jabu Mahlangu and Junior Khanye. Although he took a long time to come to the party, many fans will agree that he had the potential to reach his full form for the club as becoming a crucial part of the line up.

The star ultimately decided to opt for an overseas moves after alleged interest from rivals Orlando Pirates. He has been tearing it up in Azerbaijan for his team Sabail FC. He is considered as one of the most best places in the league and is also said to be a fan favorite. He is securing game time on a regular and he looks relatively happy and content with where he is judging by his Instagram profile. 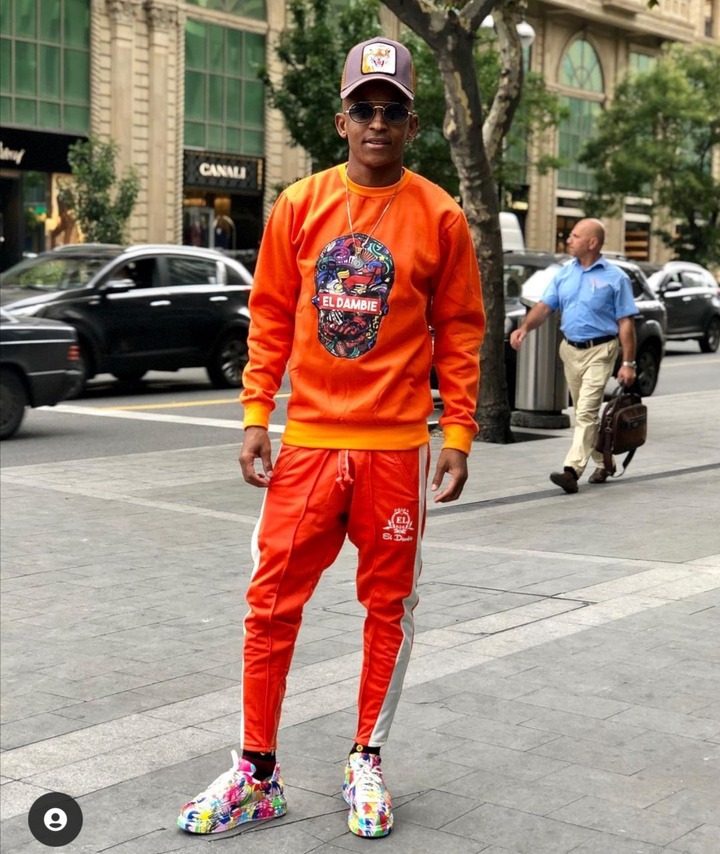 The reason Kaizer Chiefs would be regretting letting him go now more than ever is a based in the current form. Amakhosi lost 2-1 to TTM on Tuesday and this is barely half of the story of the season they are having as they are also struggling to break into the top 8.Fans and critics will agree that the Glamor Boys are lacking creativity in the middle of the park and this is where Pule Ekstein is excels. They have become dependent on lomg balls to the foward but many teams have caught up to the strategy. 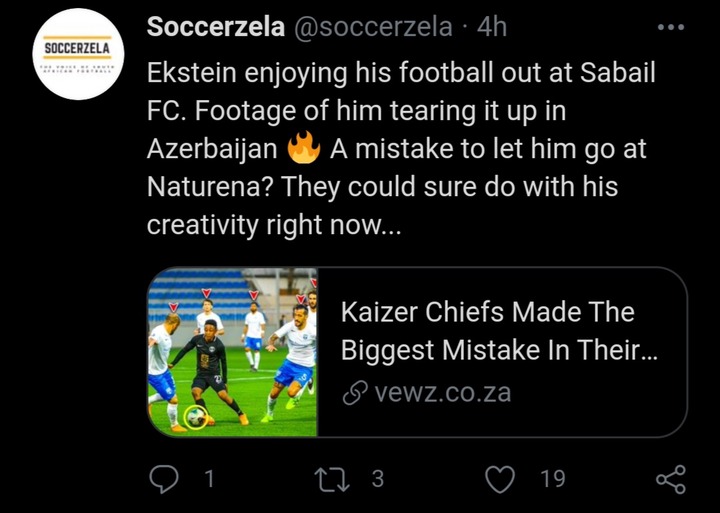 What mistake? He was given so many opportunities and was overhyped actually because of his flamboyance on the ball. Maybe he left when Middendorp was getting the best out of him but overall his stay at Chiefs was underwhelming if we being honest

You starting again, what is this now? Stop this thing and Go to Naturena to ask Hunt relevant questions like man. 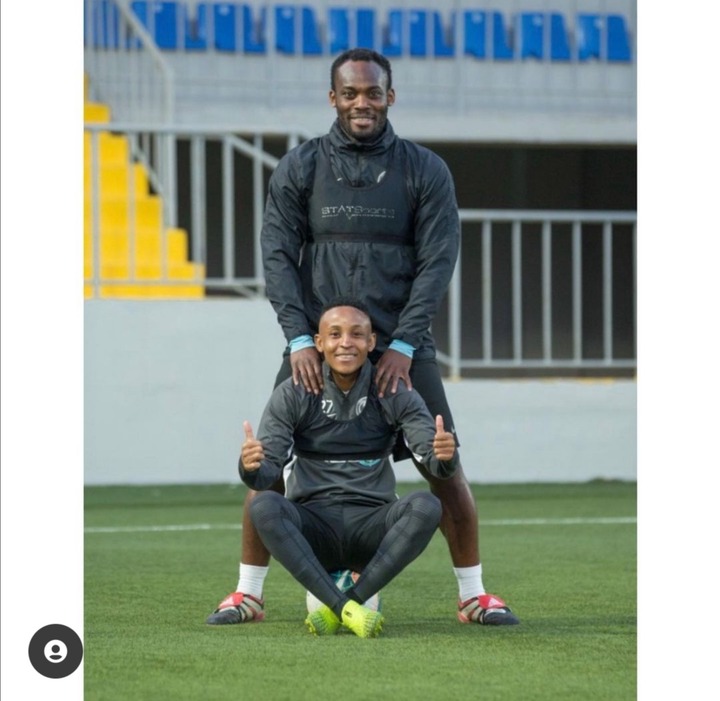 Pule Ekstein is everything you would expect from a Kaizer Chiefs however it unfortunate that the issue of money ultimately led to his exit at the club. This is definitely a wake up call to clubs to do their best to convince their best players to stay as they could come in handy in the long run, it was only a matter of time before he established his prime form for the club. 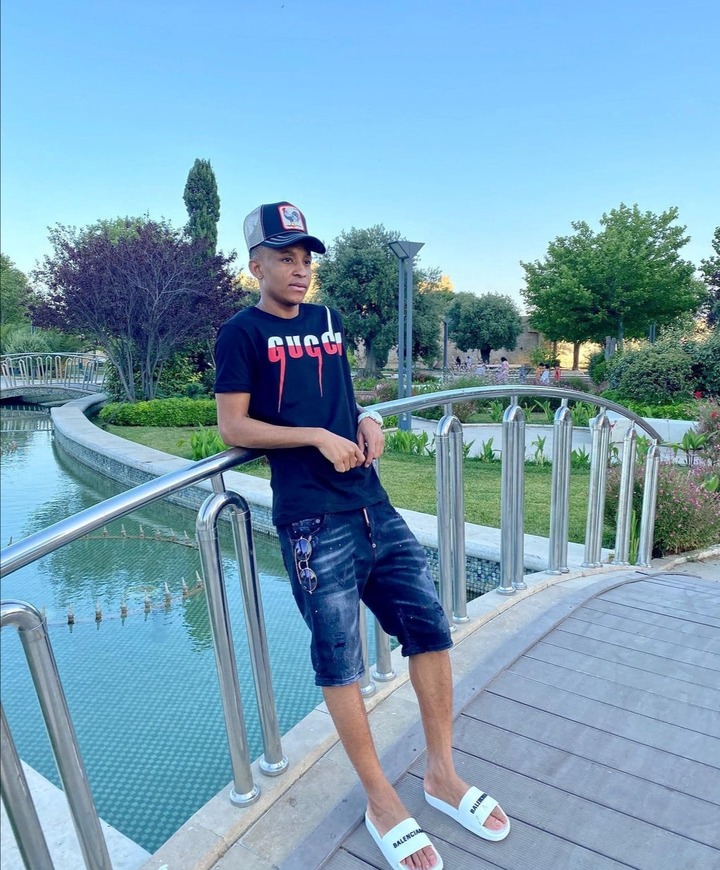 Opinion: Dear men, these 5 things will help you take care of your woman.

What happens if you listen loud music for a longer time ?

Rest in peace Kotini, see how Nkunzi will kill Mageba

Here Is Mixture That Will Help You With Dark Energy, Bad Relationship, Luck And Protection

Players Who Stayed Loyal To Their Teams. Pictures

TIK TOK: People Spotted This Strange Figure In The Sky.