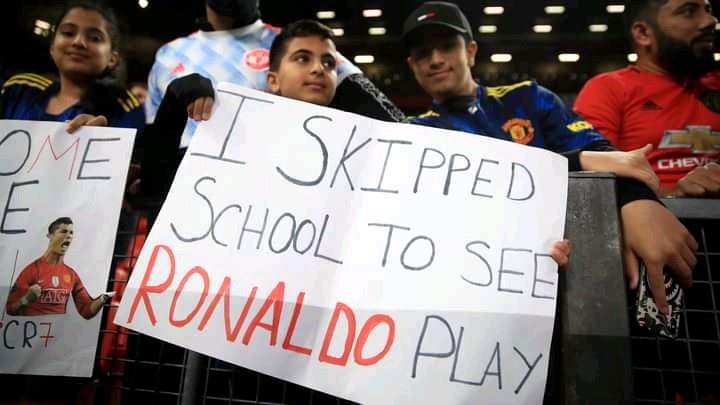 For the first time since the season has started United played without their key players Christiano Ronaldo and Bruno Fernandez.

On the night a young boy left disappointed when he skipped school thinking he will see his favorite player, Christiano Ronaldo playing. 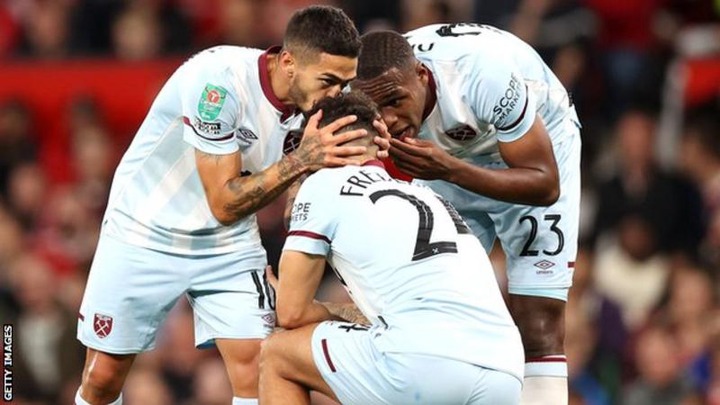 The boy took out his disappointment when he raised a banner which said " I skipped school to see Ronaldo play".

His night got more ruined when his team went on to lose the game.

United lost the game 1-0 to West Ham to avoid them from advancing to the next round of the Carabao Cup. 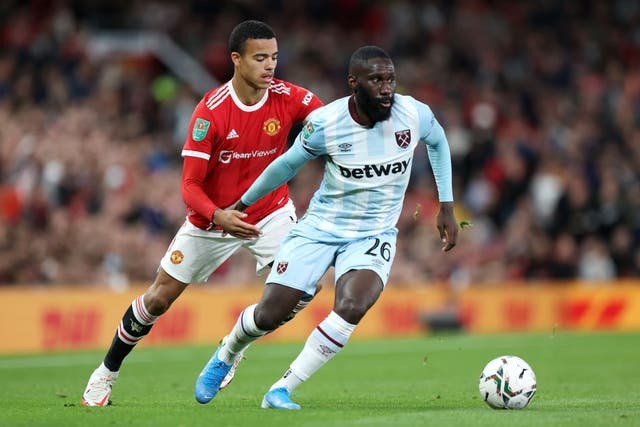 Manchester United were the best team on the night with 61% of ball possession, 27 shots and six shots on target.

Solskjaer shared his reviews after the game "I've never actually won this tournament, that hunt will keep going, its a trophy i would like to have. But we've made decisions to get the squad up to speed".

United will now shift their focus on Saturday game against Aston Villa at Old Trafford in the Premier League.