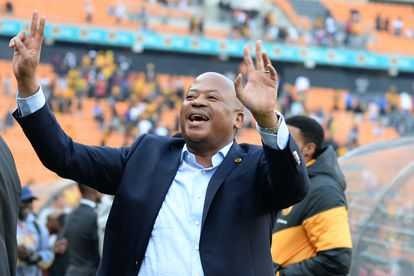 Kaizer Chiefs have declared the flight of a twelfth player in the ongoing exchange window, and there are no curve balls!

Kenya worldwide Anthony Akumu has at last left Chiefs after at first being move recorded by the club in June.

Akumu had a year left on his agreement with Chiefs, however the club's choice to put him on move list implied his future at Naturena was finished.

Also, that is on the grounds that he had almost no effect during his two-year stay with Chiefs regardless of being used in various situations on the pitch.

There were at that point bits of gossip about Akumu conceivably getting back to Zambia or making a beeline for Tanzania not long after he was move recorded.

However, whoever needed him expected to converse with Chiefs first as Akumu was as yet contracted to the Soweto goliaths.

Regardless, Chiefs declared that they had come to a consent to genially head out in different directions from Akumu, meaning he can now sign with a club of his decision.

The 29-year-old leaves Chiefs having shown up in all contests during his two-year stay while scoring two times.

After at first putting him on the exchange list, Kaizer Chiefs and Anthony Akumu Agay have commonly consented to an early end of his agreement. The agreement was set to lapse in June 2023.