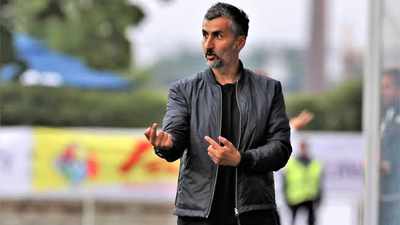 Pirates coach Jose Riviero, who appears to have been given three years to restore the team's image Photo: TWITTER"/>

New Orlando Pirates coach Jose Riviero, who appears to have been given three years to restore the team's image Photo: TWITTE

Orlando Pirates chairman Irivn "Iron Duke" Khoza has once again made a name for himself by suddenly invading a new coach leaving no spectators and football fans in the lurch.

On Saturday afternoon the Pirates put an end to all speculation and issued a statement officially announcing their new coach, Jose Riveiro.

The highlight is that he hails from Spain more than his own record.

Riveiro (46), who has signed a three-year contract, is coming with his deputy and his family, Sergio Almenara, who are said to be working with Mandla Ncikazi who was part of the team last season.

The appointment of Riveiro, who previously coached Celta Vigo crèche in Spain and Inter Turku in Finland last December, has left many football fans in awe as there has been a lot of speculation about a coach who could take over.