Selection discrepancies between Kaizer Chiefs and Bafana could be problematic

South Africa's World Cup qualifiers resume this week, with a trip to Zimbabwe on Friday afternoon and a home match against Ghana on Monday evening.

The technical crew of the Kaizer Chiefs and the Bafana Bafana brains trust appear to have differing viewpoints.

The South African national football squad has had a difficult time, particularly during the Covid-19 pandemic.

The postponing of games has hampered player development, while a new coach, Hugo Broos, has been appointed to replace Molefi Ntseki, who failed to qualify for the Africa Cup of Nations event.

After returning home to Belgium to collect his immunizations, Broos missed the Bafana Bafana games.

Injuries have also taken their toll, and the previous few national team squads have seen a lot of new faces.

Despite these circumstances, the Bafana technical team appears to have made some questionable selection decisions, particularly with the call-up of two of Chiefs' newly-signed defenders, Thabani Dube and Sibusiso Mabiliso.

Dube, 28, has only played six minutes of Premier League football, having spent the previous four seasons in the second division, the National First Division.

Both Dube and Njabulo Ngcobo, two of the Chiefs' new defensive recruits, have yet to replace Daniel Cardoso and Erick Mathoho in the Amakhosi lineup.

Ngcobo has yet to play a single minute this season, but thanks to his time at Swallows FC, he can at least claim one season of PSL experience, and he is, after all, the reigning PSL Defender of the Season.

It's difficult to comprehend why Dube has leapfrogged him. Other more experienced PSL defenders may also be perplexed as to why they were left out. It must be difficult to see a player with six minutes of top-flight playing time get the nod.

It's also worth mentioning that the current Bafana Bafana side lacks cover at centre-back, with Thulani Hlatshwayo missing out and Mosa Lebusa ill.

Siyanda Xulu is by far the most experienced of the group, and he'll almost certainly be joined with Rushine De Reuck, a man who had been repeatedly overlooked by national team selectors until recently.

With that in mind, perhaps a more experienced PSL central defender would have been a better choice.

At left-back, there is likewise a dearth of options. Lyle Lakay has been left out despite his excellent form for Mamelodi Sundowns and his Champions League experience in Africa.

Sibusiso Mabiliso, on the other hand, has been drafted. Yes, he's a talented player who performed admirably for AmaZulu last season.

But, at 22, he's still finding his feet, and the Amakhosi technical team hasn't yet trusted him to play this season, preferring the considerably more experienced Sifiso Hlanti.

Stuart Baxter and his technical crew are the ones that work with players like Mabiliso and Dube on a daily basis, so there must be a reason.

The Bafana technical team believes that now is the moment to debut a more youthful national team, despite facing high-quality opposition such as Zimbabwe and Ghana. Failure to qualify for another big tournament would be a nightmare, and South Africa is currently on the verge of doing so.

The most recent difference between the Chiefs and Bafana is Njabulo Blom. 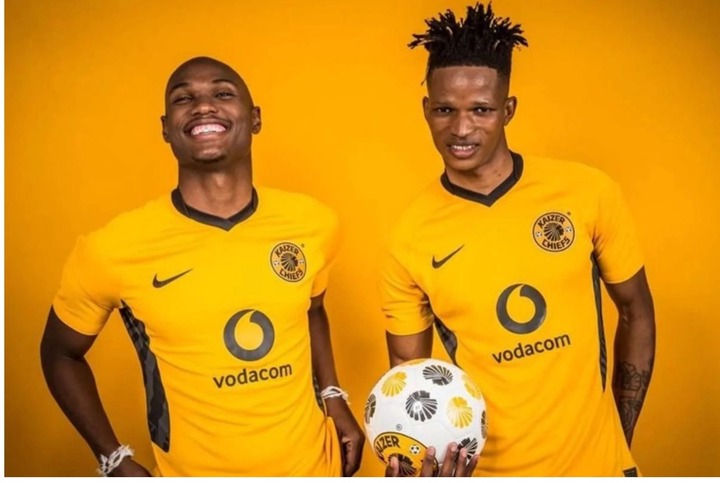