All You Need To Know About Arsenal's New Golden Boy, Emile Smith Rowe

Emile Smith Rowe was born on July 28, 2000, in the south London borough of Croydon. When he was signed by Arsenal in 2010, he moved to north London with his father and mother, Leslie and Fiona Rowe, as well as his only sibling and brother. He grew up in Thornton Heath, South London, with his only brother and was a huge follower of Chelsea legend Frank Lampard, but some sources indicate he idolized David Beckham.

Emile Smith Rowe had a tryout with Chelsea in 2009 before being accepted into Arsenal's Hale End Academy at the age of ten. He started his professional club career with Arsenal in 2018, however due to a lack of playing time with the Gunners, he went on loan to RB Leipzig and then Huddersfield Town in 2019. He scored three times in 19 domestic league appearances for Huddersfield Town, but he failed to score in his only three (3) Bundesliga outings for RB Leipzig. Mikel Arteta, on the other hand, established himself as a vital player in the 2020/2021 season, making 46 appearances in all competitions and scoring nine(9) goals. 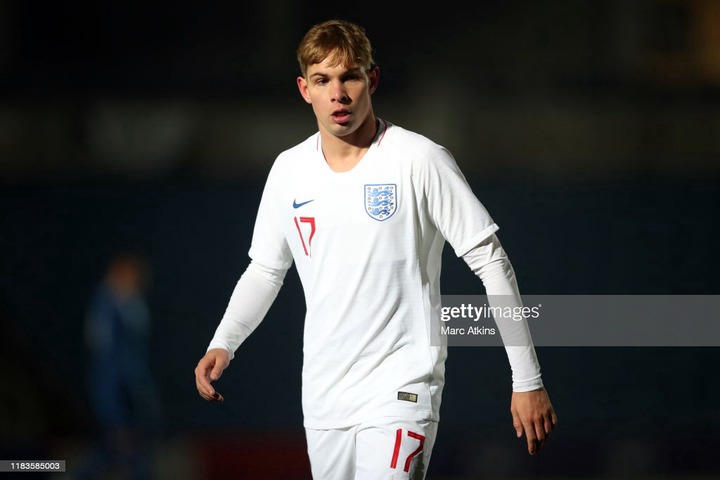 Emile Smith Rowe has represented England's young teams at the U16, U17, U18, and U19 levels while graduating through the Arsenal academy's divisions. Smith Rowe was a member of the England U-17 team that lost to Spain in the 2017 UEFA European Under-17 Championship final in April 2017. He was a member of the side that won the U-17 World Cup in October 2017, scoring against Iraq in the group stage and assisting Rhian Brewster on a goal against Brazil in the semi-final. England's U-20 and U-21 teams also called him up.

Initially called up to join England's U-21 squad, he was later drafted in by England manager Gareth Southgate for England's UEFA FIFA World Cup qualification matches against Albania and San Marino in November 2021 due to injuries to Marcus Rashford and his teammates. 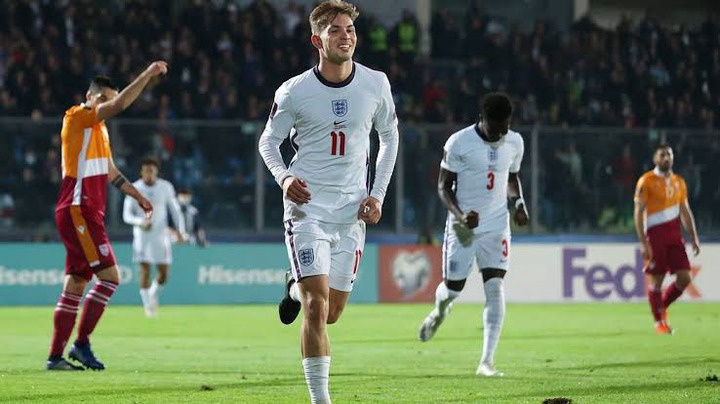 In England's 5–0 triumph over Albania, he made his senior squad debut as a late substitution. The Hale End Academy product scored his first England international goal in the 58th minute of England's 10–0 away win over San Marino in the next match.

Mark Hudson claims that "Emile Smith Rowe has the ability to float through people. He does not appear to be swift, but he is, and it is with the ball that he excels. He glides across the ground with ease and takes the ball in stride. He has excellent eyesight and a thorough knowledge of the game ".. There are probably no better words than Mark Hudson's to describe Arsenal's No.10, as he has been instrumental in the Gunners' success thus far, despite their disappointing start to the season. He's an attacking midfielder with the ability to play from the wings and provide visionary playmaking in the closing third. 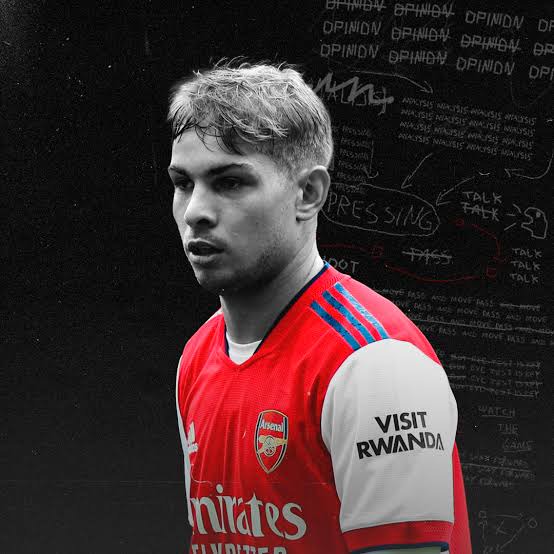 Emile Smith Rowe, who is 21 years old, still has a lot of room to improve and add more gloves to his game, which has numerous European football clubs keeping an eye on him. He will undoubtedly become one of the greatest footballers of all time if he can remain humble and focus on improving his game. Only time will tell if this is true.

What are your thoughts on Emile Smith Rowe's development? Do you believe he has the potential to surpass his idols Frank Lampard and David Beckham? Let your voice be heard.