"As far as I'm concerned, Sithebe is a member of the AmaZulu squad." -Benni Finally Speaks Out About The Sithebe Saga. 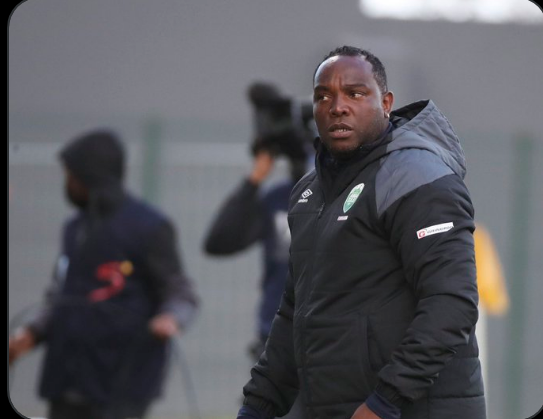 At the launch of the club's new signings Abbubaker Mobara and Abraham Mojak on Thursday, Usuthu president Sandile Zungu addressed the subject as a whole, accusing the Chiefs of inappropriate conduct and stating that the player will not play for the club again.

But McCarthy has declared that as long as Sithebe is under contract with AmaZulu, he would be considered one of his players, according to McCarthy.

The chairman is present, so "ask him if he's ready to comment on that," McCarthy replied when asked if he would choose Sithebe as the team's captain.

"As a coach, I make an effort not to get involved in that." As soon as the players arrive for training, I become emotionally attached with them.

"That is the level of knowledge with which I am comfortable dealing." I'm not going to get involved and talk to players about money because I don't think it's fair for me to know what's going on and how much money guys are making right now.

"Because coaches may be depraved at times. The fact that you are aware of what a player earns does not mean you should hold it against him if he has one bad game. It's best if I keep away from those kinds of situations in the future.

In that case, I'm out of the loop because anything happens at the club is above my pay grade. The only time I [get involved] is when it comes to the training pitch and on the field of play.

McCarthy stressed that he expects the player to give everything he has and that no player is more important than his team.

"At that point, my relationship with the player is rendered null and invalid." But for the time being, he is my player, and he is an AmaZulu player," he continued.

"He is required to report to training every day, and he is expected to give his all and much more than that. He has to want to put on that clothing, and if he isn't willing to do so, he's got something to worry about with me.

In my opinion, names signify absolutely nothing, hence he will not be playing or being selected for the team. When you can claim that you can compete, that you've accomplished more in life than I have, that's when I'll bow down. Until then, no one's name means anything, and no one is more important than the team. The way it works, and it applies to everyone," says the author.