Opinion: The Man United Lineup That Conte Could Use, If He Becomes The New Coach Of The Club

Greater numbers of Manchester United fans are clamoring for the dismissal of the club's current coach, Ole Gunnar Solskjaer, after his team suffered a 1:0 defeat to West Ham United football club in the EFL Cup on Sunday afternoon. 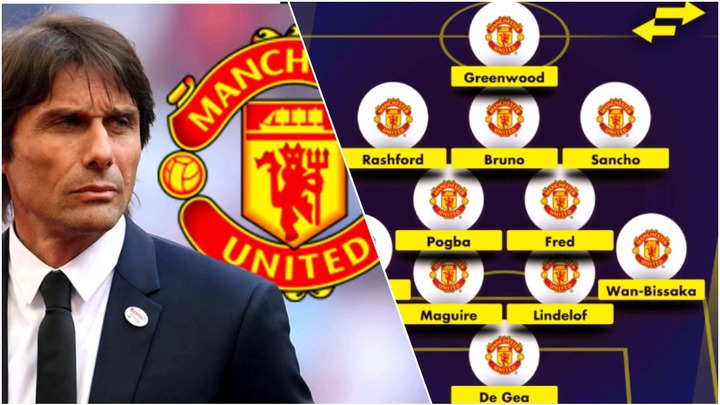 Italian coach Antonio Conte is one of the names that have been linked with a move to the club. One factor that could influence his ability to flourish at the club is the starting lineup that he selects. In my opinion, the following is the Manchester United starting lineup that Conte may employ if he is appointed as the club's new coach.

He should employ the 4:3:3 configuration in the club; this formation will be successful in increasing the number of goals scored by the club while also improving the team's defensive performance.

Dean Henderson has been in outstanding form for the club, and he has gained valuable first-team experience in the Premier League. However, David De Gea is still a superior goalkeeper to him, as the Spanish international has demonstrated this season, and as a result, he should be the team's first-choice goalkeeper. 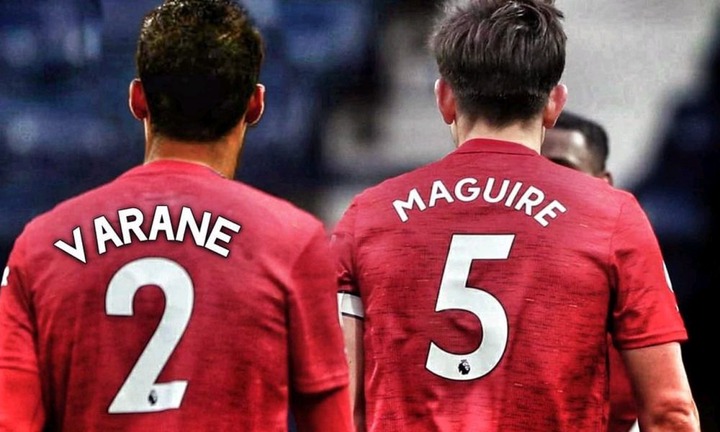 Although the team's defense has not been particularly strong this season, it is unlikely that the Italian coach will be required to make significant adjustments to the team's defensive lineup if he is appointed.

As a result, he should persist with the central defensive pairing of Harry Maguire and Raphael Varane, while Luke Shaw should continue to play in the left full-back position. In his stead, Aaron Wan-Bissaka should continue to play on the opposing sides, but Kieran Trippier should be bought when the January transfer market opens in order to replace him. 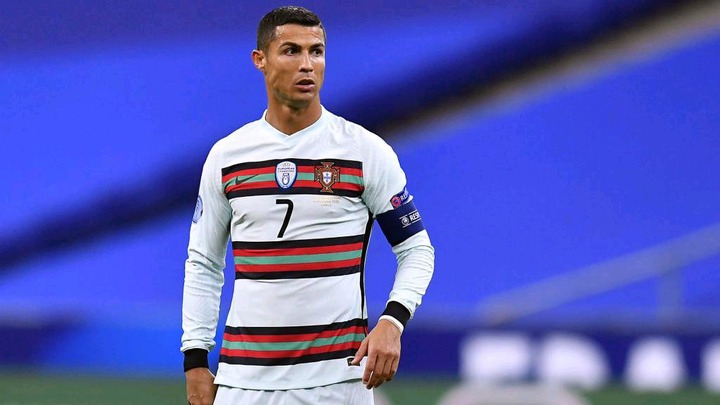 In the attacking midfield position, the duo of Paul Pogba and Bruno Fernandes should partner each other. The two attacking midfielders are always incredible at creating chances for the team, and they will help the coach to record more victories if he is hired.

Manchester United's Cristiano Ronaldo is a fantastic central striker, and he should be the one who takes the field as the team's striker under any coach. He is a prolific goal scorer for the team, and he can contribute numerous goals in a single season.

Mason Greenwood has established himself as a capable striker for the team this season, and the same can be said for Jesse Lingard. These two attackers are excellent goal scorers, and they are always a threat to score whenever they are on the field together.

As a result, they should be the ones to fill the two remaining spaces in the attacking formation. Due to the fact that they are both flexible players who can play in any attacking position, Mason Greenwood should start at left wing while Jesse Lingard should start at right wing.

It will not be entirely beneficial if Jadon Sancho is completely excluded from the squad, but he has yet to adjust to life in the English top league and should be restricted to the substitutes' bench until he has fully integrated to the team.

Richest man in the world, Elon Musk, thinks we should die

Here Is Everything You Need To Know Regarding The Diepkloof Strike

Everything smokers, do the accompanying things to detox all the nicotine in your body

Opinion: How Messi Set Up A High Standard For Himself As A World Class Player In The PSG Team

Opinion: 8 Players Who Were Sacked by Their Clubs For Disciplinary Issues