City is interested in the Chiefs, while the Pirates are keen in Patosi. 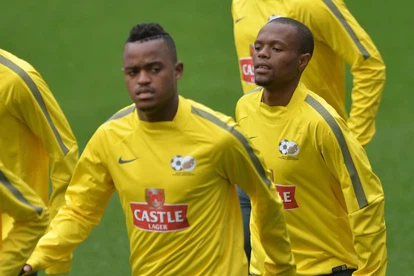 Ayanda Patosi sighted with DStv Premiership club! Guess who it is.

Ayanda Patosi, a former Bafana Bafana player, was observed training with one of our PSL teams! The Kaizer Chiefs and the Orlando Pirates are both interested in signing him... You'll never guess who he choose!

Patosi, a former Bafana midfielder, has been courted by the Chiefs and Pirates for several months. It wasn't the case with either of the Soweto giants.

He was recently observed training with one of our PSL teams, and you won't believe who it was!

According to KickOff, Patosi was just observed practicing with Cape Town City.

Speculation of a return to his former club ahead of the upcoming PSL season in South Africa.

Unfortunately, the former Bafana Bafana player is not yet fully recovered.

He is still under contract with the Iranian club Foolad. However, there is some good news: his contract is about to end.

PATOSI'S CONTRACT STATUS: WHERE WILL HE GO NEXT?

Patosi's contract is set to expire on June 30, 2022. Giving rise to the possibility of a return to South Africa and, as a result, a move to City, Chiefs, or Pirates. Julian Bailey, Cities' media officer, has the latest:

"No, nothing is happening right now hey, he comes to Cape Town every off-season in Iran and does some training sessions with us while he's off, that's the same as every other year that he's been there," Bailey explained.

That is, he will return to complete his contract with Foolad. In the next weeks, though, everything is possible, with Foolad wishing to extend his contract, City eager to bolster their squad ahead of the CAFC Confederation Cup, and the Soweto giants expressing an interest in his signature.

Keep an eye on The South African to see where Patosi ends up next season.