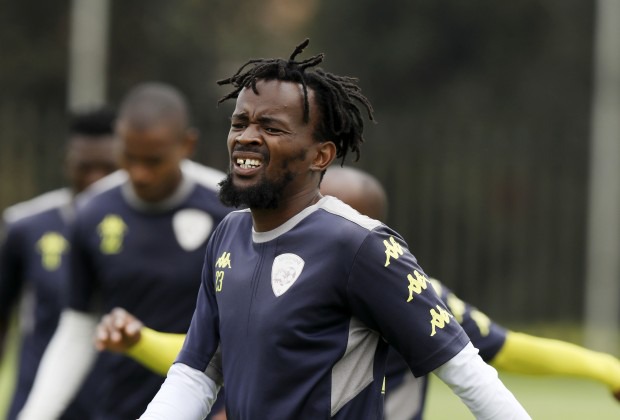 With a likely move to Kaizer Chiefs on the cards for Sekhukhune United midfielder Yusuf Maart, a choice is normal on a couple of different players from the group after a good first season in the topflight for the Gauteng-based Limpopo outfit.

As detailed in version 1268 of Soccer Laduma, concerns had been raised about Luckyboy Mokoena's future with Babina Noko, with the player having battled for game-time in the group under mentor MacDonald Makhubedu.

Having joined the group in January, subsequent to heading out in different directions from TS Galaxy, Mokoena neglected to show up for Babina Noko regardless of his high expectations about restoring his profession at the club.

News arriving at the Siya group is that the 28-year-old right-back is set to complete the season uninvolved in the wake of being considered excess to prerequisites.

In joining Sekhukhune, Mokoena marked a momentary agreement which is set to terminate toward the finish of the following month, with the signs from the club that the arrangement is probably not going to be recharged.

In the mean time, veteran goalkeeper Tapuwa Kapini is another player confronting unsure future with the club in the wake of completing the season uninvolved.

Subsequent to showing up toward the beginning of the time, the 37-year-old Zimbabwean didn't have one more opportunity as Zambian chance plug Toaster Nsabata made the group's main shirt his own, while the club's third decision goalkeeper Ayanda Dlamini played in two matches during the DStv Premiership crusade.

Nsabata, 28, is one of the three guardians named for the DStv Premiership Goalkeeper of the Season grant close by Cape Town City's Hugo Marques and Veli Mothwa from AmaZulu.