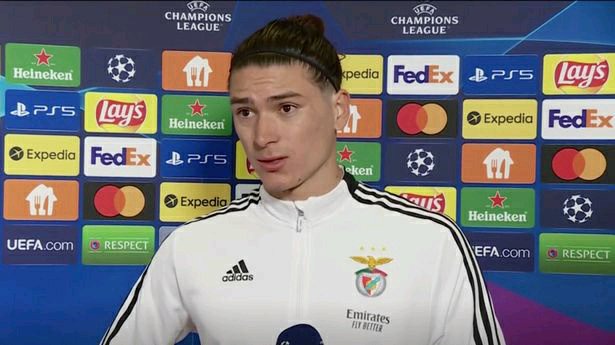 Prior to Nunez Darwin's decision to sign with Liverpool, Manchester United had been the frontrunners to recruit the Benfica star.

United fans were not surprised by his decision to go with Liverpool because they were aware of the club's inability to attract new signings after missing out on a Champions League berth.

One possible explanation for Nunez's decision to choose Liverpool over the Premier League's all-time winners is that players are wary of making the jump to an unproven team.

I've played against Liverpool and seen them in dozens of games in the Champions League, and it's my style of play," he stated in his first interview after completing the move to Anfield from Benfica.

With Manchester United's recent decision to choose Erik ten Hag as their new manager, many players are understandably hesitant to take a chance on him.

But after the Premier League season resumes in approximately two months, this will all be ironed out. Once the Dutchman has established himself at the club and implemented his preferred approach to play.

The Dutchman has been the team's coach at Ajax for the past few of seasons, so fans have high hopes that he can have an immediate impact in the Premier League.

Nunez's comments should give Man United supporters optimism that their team will return to its former competitive level and start drawing elite players in the near future, much like Liverpool's playing style under Klopp attracted him to join the club.

Save Your Life And Heart, Stop These 4 Dangerous Habits That Destroy The Heart

More Arrests Linked To The July Has Been Revealed To The Public.

11 More Arrests Linked To The July Unrest Have Been Made.