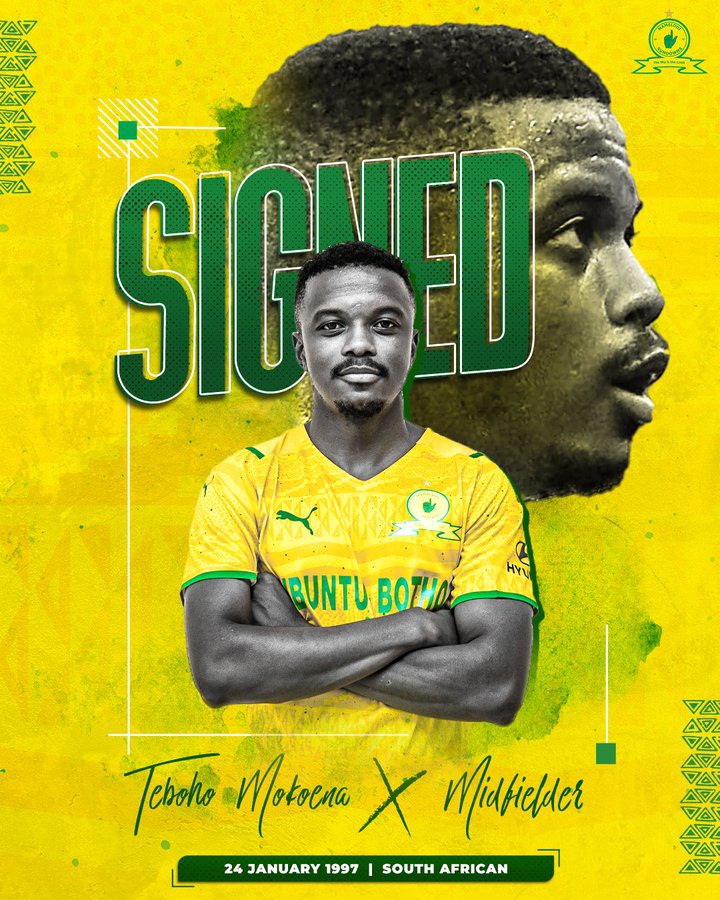 Teboho Mokoena yesterday became the second signing confirmed by Mamelodi Sundowns in this transfer window. There was an interest for the player from Belgium by Anderlecht. There were reports going around that Anderlecht had a R20 million offer for Mokoena, while Mamelodi Sundowns had a R25 million offer for the same player. The intentions of Supersport United has always been clear, and it was to sell the player to an overseas move. But the player could also not afford to miss the chance to play for the champions of South Africa. Supersport United CEO Stan Matthews has clarified the Anderlecht issue.

Stan Matthews told Siya Crew that, "We handed the process over to 'Tebza' to bring us an offer that either met his international buyout clause, if it was coming from an international club, or if he wants to engage in a local club, he should tell us which local club he preferred to go to. We never engaged directly with Anderlecht. Any negotiations that would have happened around Anderlecht and Vincent Kompany came through Teboho's agent, Glyn Binkin. He was the one tabling that interest and see whether it could go further and what kind of time frame, because I believe it was something they would have maybe preferred to do in July and I am not a 100 percent sure that 'Tebza' was willing (to wait) for a maybe deal, when he had a definite deal from Sundowns on the table now. We personally never communicated or engaged with Anderlecht at all. We were only informed that there was interest and that's all we knew about that deal. Nothing else."

The High Court Has Released An Official Statement To The Public

Shaun Abrahams Has Released Crucial Information To The Public.

We Listened to the people Ramaphosa Discuss cancelling the R22M Flag project.