OPINION: An Analysis Of Chelsea's Build-Up Tactic Against Leicester And How Man U Can Counter It

By People'sMedia (self media writer) | 12 days ago 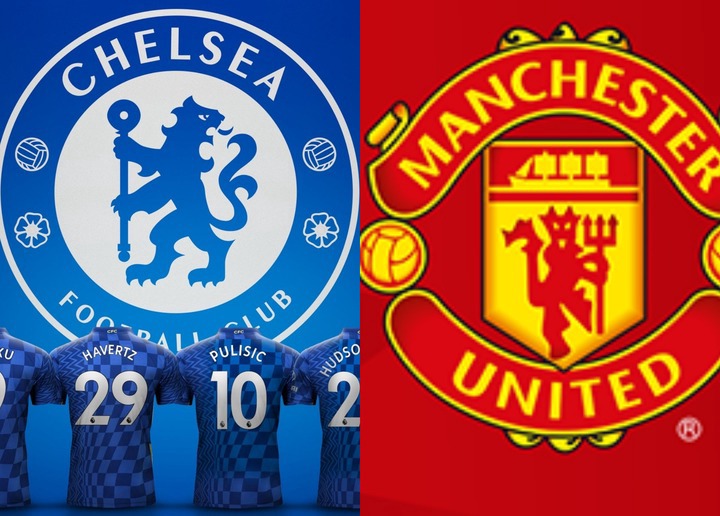 Chelsea holds a significant lead over Manchester United prior of the game, having thrashed Leicester City 3-0 at the King Power Stadium, while Manchester United lost to Watford and then ousted Ole Gunnar Solskjaer.

This article examines Chelsea's build-up strategy against Leicester City and how Manchester United can counter it ahead of the forthcoming encounter between the two Premier League giants. 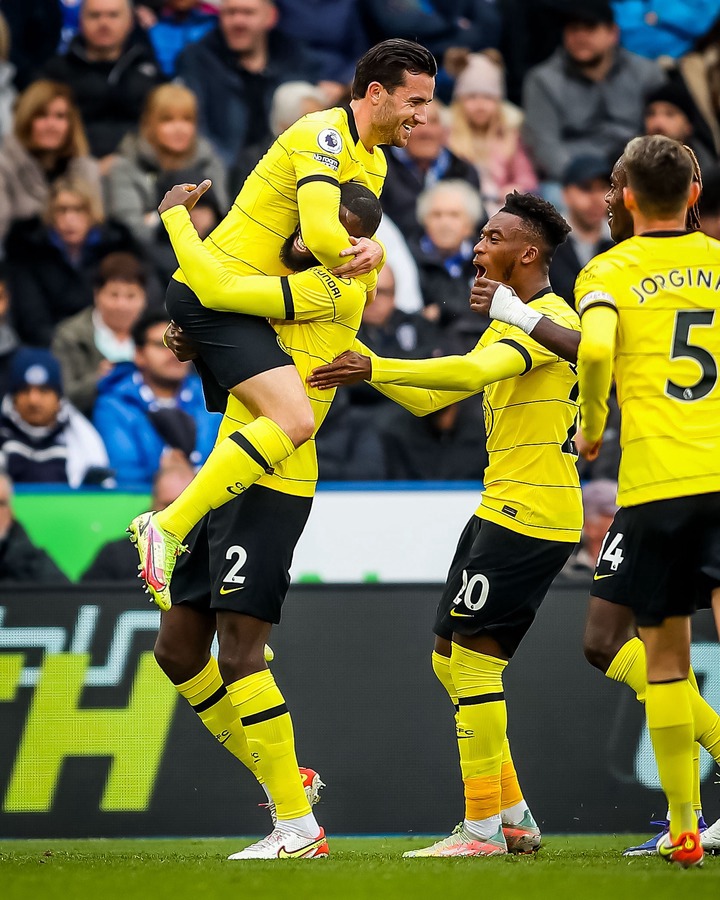 With Antonio Rudiger and Trevor Chalobah splitting wide of Senegalese goalkeeper Edouard Mendy, Chelsea employed a broader range [2-3] build-up method. Receiving short passes from the goalkeeper before moving the ball up the field was the goal. In the image below, you can see an illustration of what I'm talking about. 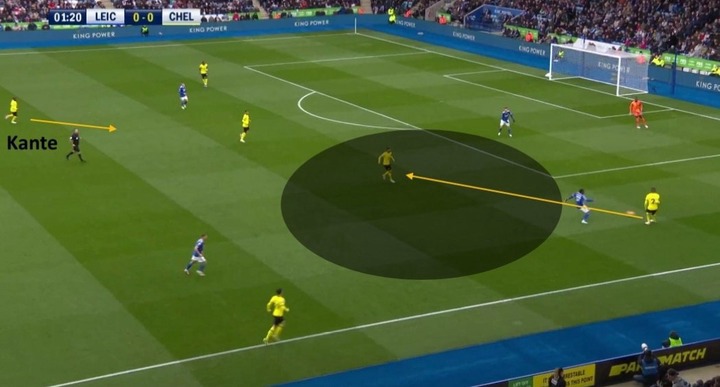 N'golo Kante was given the duty of roaming between the base of midfield and the attacking half-spaces, with Thiago Silva stepping into the midfield to form a pivot alongside Italian midfielder Jorginho. Reece James and Ben Chilwell were able to stay high up the pitch and pin Leicester City's wingbacks back for a lengthy chunk of the game thanks to this simple but successful build-up technique. Illustrations can be seen in the photos below. 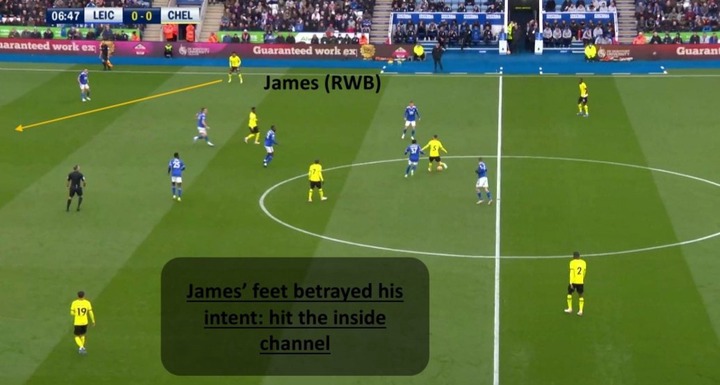 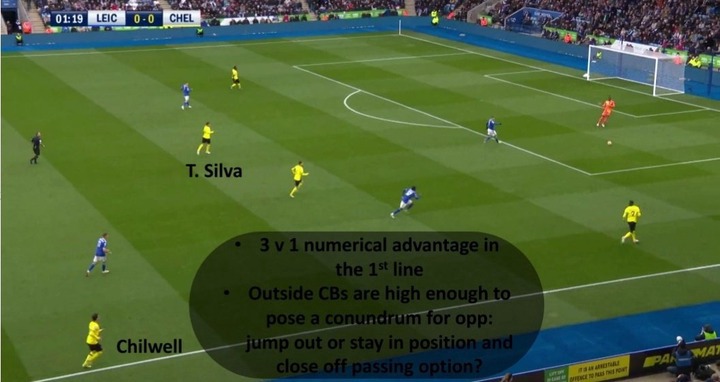 Manchester United must assign a player to track Thiago Silva's steps into the middle to counter Thomas Tuchel's approach. He is the playmaker who gives Chelsea a numerical edge (in midfield) over their opponents. Manchester United's tactics must be spot-on if they are to get anything out of the game, as Thomas Tuchel's side is now one of the most dangerous teams in the Premier League.