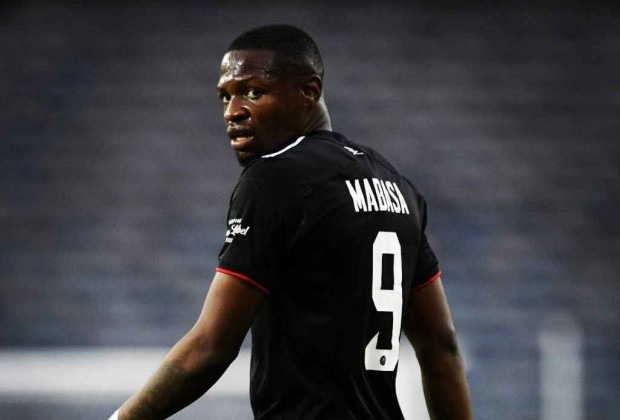 a forward from the Pirates joins a new team

Tshegofatso Mabasa, a forward for Orlando Pirates, has arrived at his new team ahead of the completion of his loan transfer, which is effective as of July 1.

Mabasa joined Pirates three years ago after moving from Bloemfontein Celtic, and this past season was his least fruitful.

In 22 appearances, the 25-year-old scored three goals, however he only played for 90 minutes three times.

He showed potential at Celtic where he scored 12 goals in 59 games during his first two seasons there, giving hope that he would develop into the major goal scorer for The Bucs this season.

However, because to the sequence of events at Pirates, he has fallen behind.

after the entrance of two additional forwards, Evidence Makgopa and Bienvenu Eva Nga, the pecking order.

As he is ready to finalize his move, Mabasa was at Sekhukhune's training facility in Johannesburg today.

Sekhukhune trains in Johannesburg despite plans to play home matches in Limpopo in the upcoming season after using Makhulong and Ellis Park last term, despite the fact that he was also on Chippa United and Richards Bay's wanted lists. This suggests that he prefers to remain in Gauteng.

Following the release of Charlton Mashumba, Evans Rusike, and Justin Shonga, Sekhukhune is eager to expand its attacking options.

From Pirates, Mntambo has also relocated.

JMPD Is Cleaning Up The Streets Of Johannesburg