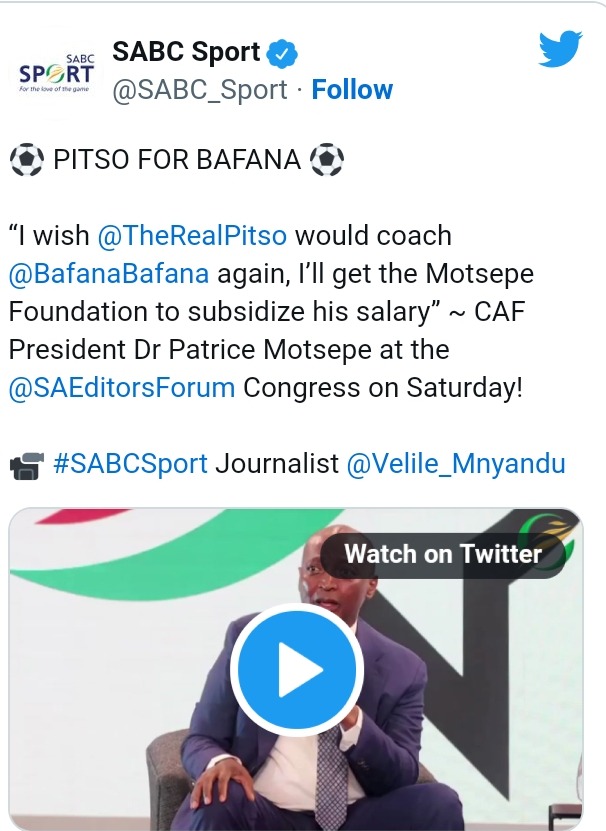 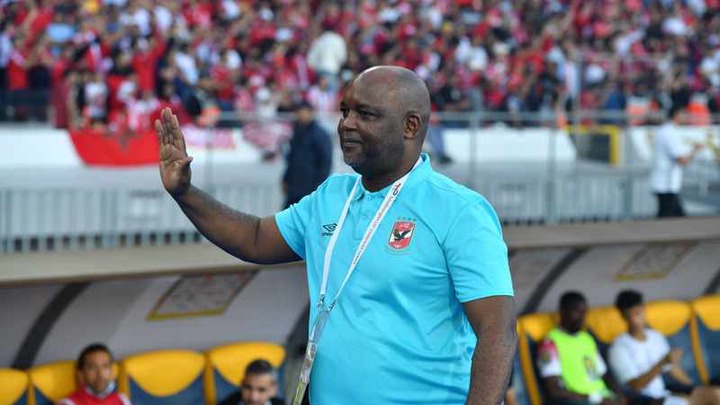 Patrice Motsepe expresses his desire for Pitso Mosmiane to lead Bafana Bafana once more in the video below.

- Durban Patrice Motsepe, the president of the Confederation of African Football (CAF), shocked all of the media representatives present at the last SANEF Congress on Friday when he declared his desire for Pitso Mosimane to resume his role as head coach of Bafana Bafana.

Pitso holds a particular place in my heart, and I will always love him. I will ask the Motsepe foundation to cover his pay if he coaches Bafana Bafana, as I would love to see him do. In a video posted to SABC Sport's Twitter page, he said, "I think he's great, and quality shouldn't come cheap."

After working side by side for eight years to create the all-conquering machine that is Mamelodi Sundowns today, Pitso as coach and Motsepe as chairman of the Pretoria-based club, Motsepe and Mosimane's relationship is one that was built on excellence and respect. 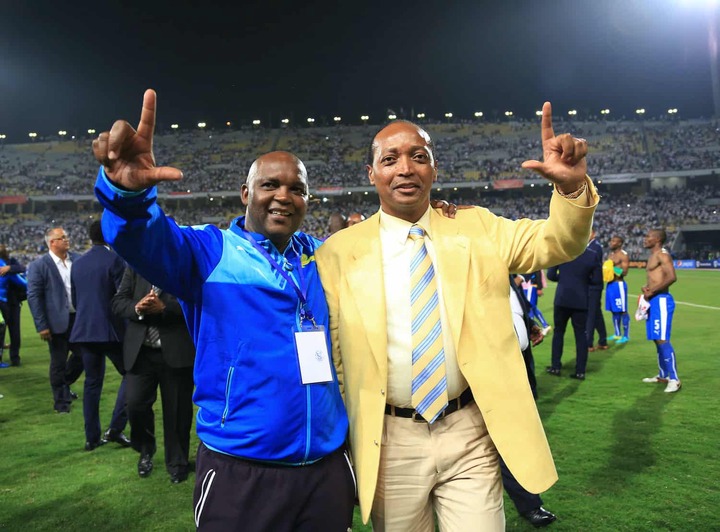 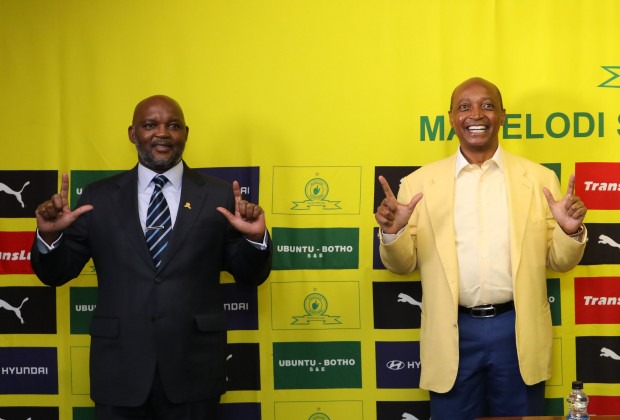 Despite being unexpected, Motsepe's suggestions are partially understandable after seeing for himself at Sundowns how Mosimane carried out his revolutionary deeds.

The two are now not on the greatest of terms, despite the fact that recent history has tied them together forever.

Their argument intensified when Motsepe, the CAF official in charge, opted against shifting the most recent champions league final, which Pitso believed would have given Wydad Casablanca an advantage against his Al Ahly team.

"Why not put a question to the president directly? Everyone wants to ask me. After Wydad defeated Petro de Luanda 3-1, why did he change the location? "Pitso addressed the press in this manner.