After both teams went into the half-time break without a goal, it was Orlando Pirates who once again came close into opening the scoring on the 47th minute but the very same culprit Deon Hotto who was very wasteful squandered the chance as he fired host shot straight at the goalkeeper from close range, the keeper was well positioned to make a decisive save denying the South African side a lead. 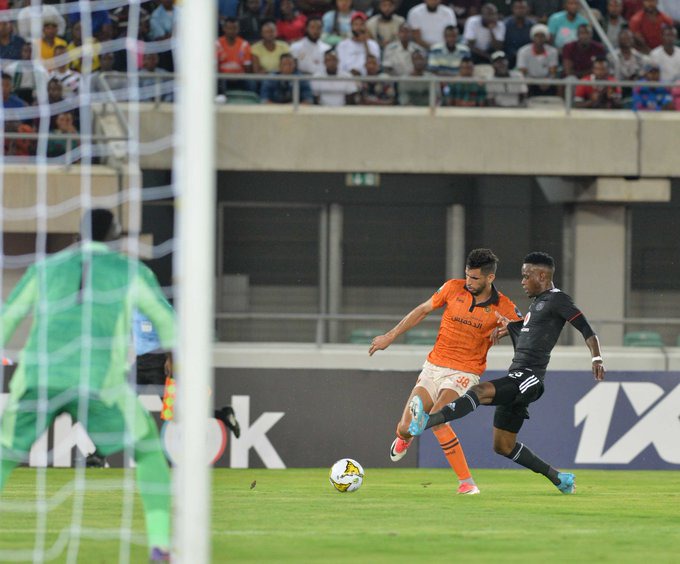 The Buccaneers were enjoying more possession of the ball with the Moroccan side sitting more on their half waiting to catch their opponents on the break, they allowed Pirates to keep the ball as they protected their scoring area, once they win the ball, they were quick on the counter attack, but they never posed any threat since they were closed down easily and not allowed into a scoring position. 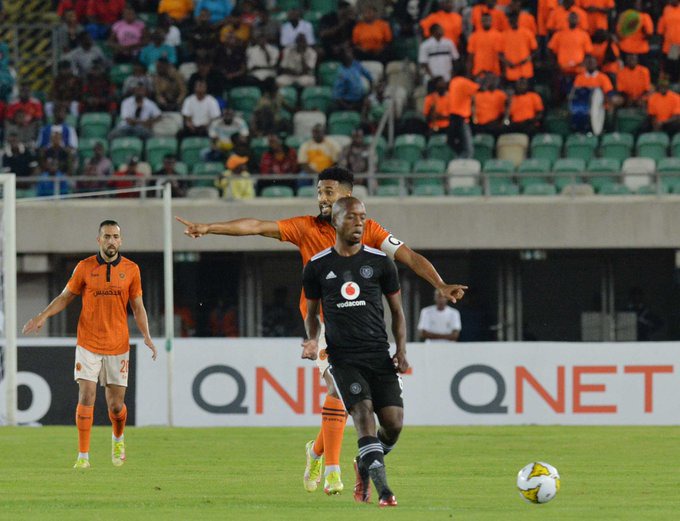 The South African giants could have opened the scoring on the 61st minjlute of they managed to capitalise on a dilefensive error by the Berkane goalkeeper and defender, while attempting to fist away the high ball which was played into the box, Berkane's keeper rushed out of his line with his eyes on the ball, he managed to punch the ball, but collided with his teammate, the ball fell on Thembinkosi Lorch's feet but he was too slow, the goalkeeper recovered and managed to make a save. 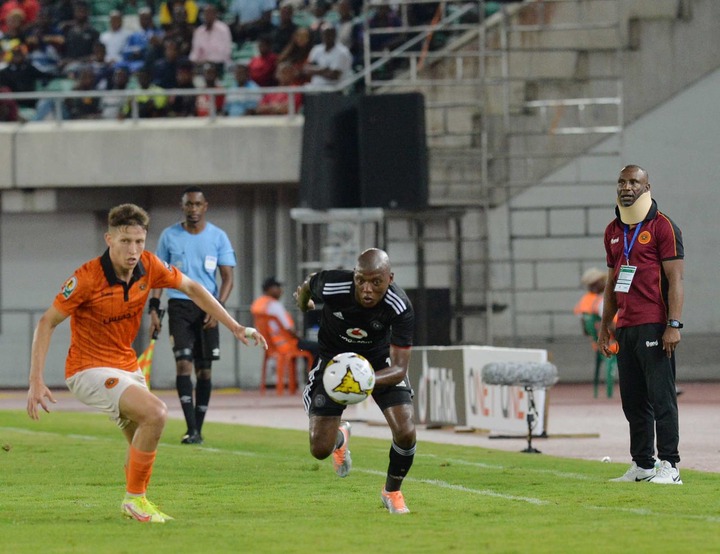 Former Maritzburg United star, Bandile Shandy became the first player to go into the referee's book after he took out Berkane's goalkeeper on the 72nd minute, he was attempting to run onto to a through ball by Lorch, but he caught the keeper on the head after he had already collected the ball, he was adjudged to be offside, but he was also booked for his troubles. 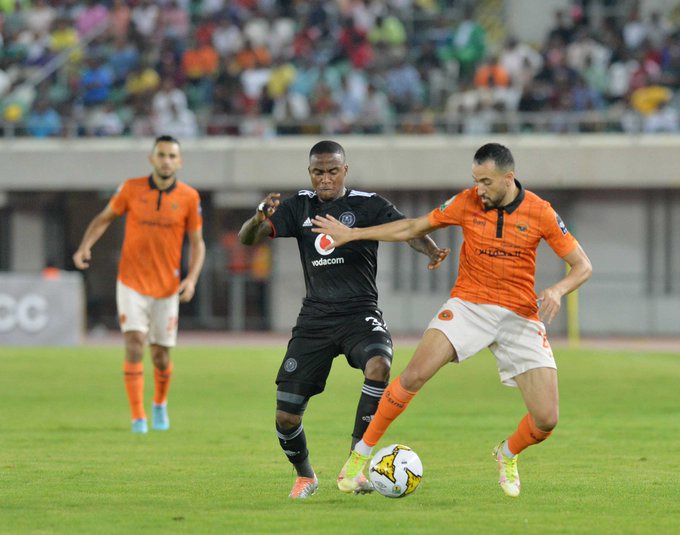 Richard Ofori was finally called to do some work on the 81st minute when a long ball into the box seem to have given him some handling troubles, he dropped it but he quickly managed to pick it up before the Moroccan player could reach it. 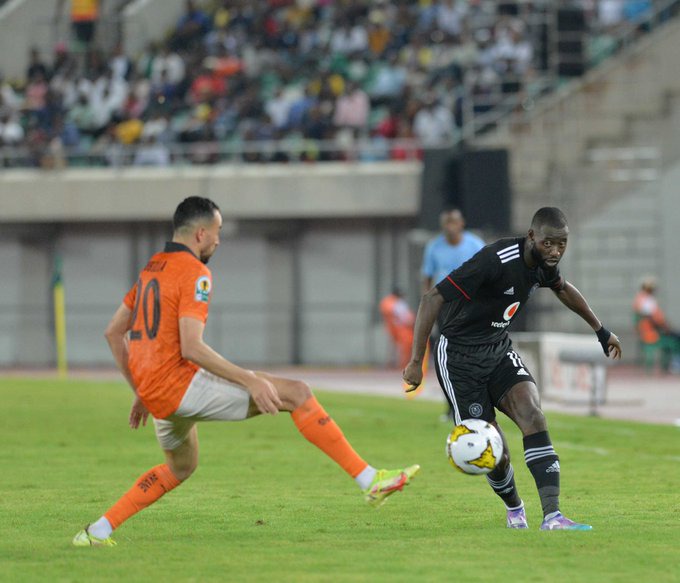 Pirates managed to get a dangerous ball into Berkane's box with Maela's lovely cross from the left side, but the header did not trouble the keeper. Hotto broke down the left as well and played a low cross onto the path of substitute Tshegofatso Mabasa, but it was turned away for a corner before it even reached the intended target.

When the two sides just got back for extra - tiem, Bucs made a substitution and brought on Thabang Monare who's first contribution was an illegal challenge inside the box, the Zambian referee Ja my Sikazwe was called on to the VAR booth to review the decision and he came back with a penalty and the Barkene captain Alfahli sent Ofori the wrong way to take lead for his side.

Mabasa almost found an equalizer on the 105th minute after Bucs got a corner kick, but his header went narrowly wide with Berkane's defense caught flat footed.