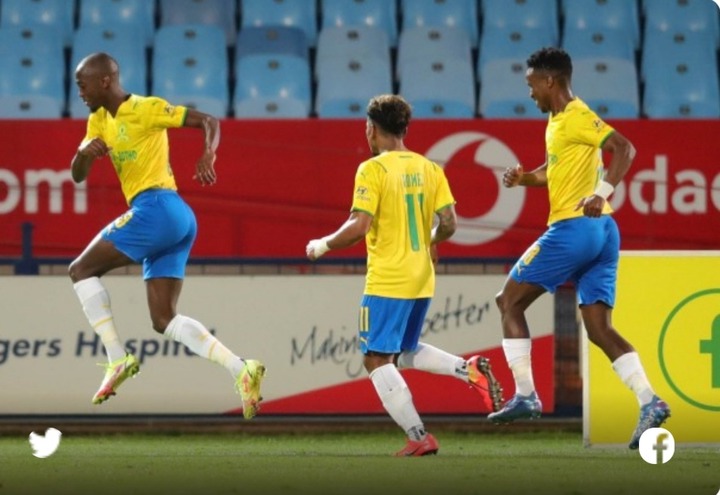 Mamelodi Sundowns' dominion over the DStv Premiership has been demonstrated in recent years by their dominance over fellow championship contender Orlando Pirates, with the two sides meeting this Saturday.

The Buccaneers will try to pull off an unexpected upset in the 51st PSL league game between the two clubs, which will take place at Orlando Stadium.

The Brazilians come to Orlando Stadium not just as defending champions and league leaders, but also with the advantage of never finishing worse than their opponents in the league in the previous eight years.

Sundowns have won the title six times in the last eight years, including four times in a row during the last four seasons. On the other two occasions, they came in second to Kaizer Chiefs and Bidvest Wits.

Sundowns have only lost twice in their last 12 league meetings against Pirates, with seven wins and three draws.

Those victories came despite heavy defeats, such as a 6-0 thrashing in February 2017 and a 3-0 loss in the most recent meeting between the two in May.

The Brazilians' domination is further demonstrated by the fact that they scored 18 goals against only six in those 12 league games.

The latest match will take place after Pirates made additional coaching changes, with Josef Zinnbauer being replaced by Mandla Ncikazi and Fadlu Davids.

Several coaches have coached Pirates in the last 12 games between the two teams, including Eric Tinkler, Augusto Palacios, Kjell Jonevret, and Milutin Sredojevic, while Sundowns' stability has seen Manqoba Mngqithi and Rulani Mokwena take over when Pitso Mosimane left.

Striker that can help Dolly and Billiat at Kaizer Chiefs