Will Messi join Suarez at Atleti?

By KoketsoNgwenya (self media writer) | 1 year ago

Last month rumours were circulating that Suarez will be joining forces with Cristiano Ronaldo at Juventus, and that his agent had told him to agree to the terms he was given at Juventus. 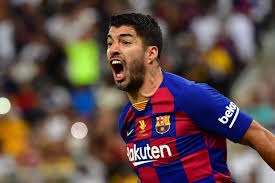 Things took a turn for Juventus as Suarez had changed his mind by joining them. He had made up his mind to staying in Spain and join Atleti. Last week Suarez had signed with Atletico Madrid.

He had already marked his territory as he was put on at the 71st minutes of the game replacing Deigo Costa, he managed to assist and score 2 goals on his debut at the club. This made Suarez to be the first player to net 2 goals and assist on his debut. 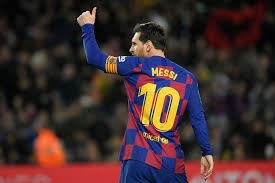 This is a good chance for Messi to leave Barca as he wanted out and he was told that he can not leave for free. The only way Messi can leave the club is if they buy him with €800 million. Most clubs issued a statement that he better stay as that kind of money can buy a whole team of players.

Now is the chance for Messi to leave Barca, the question is will he follow Suarez?

Content created and supplied by: KoketsoNgwenya (via Opera News )

Beans and Plantain: Here are 5 things to note about it