Chelsea and Manchester United were unable to separate themselves as the teams battled to a 1-1 stalemate at Stamford Bridge on Sunday evening. Although Chelsea, had the chances to kill the game, but their finishing wasn't good enough. 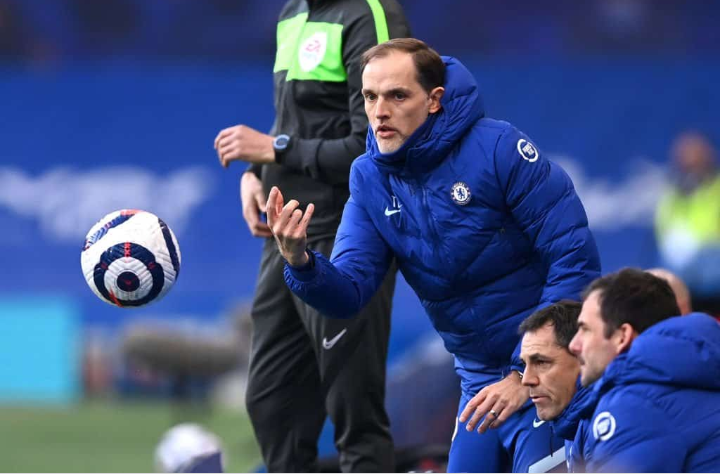 Carrick took the surprising choice to leave Cristiano Ronaldo out of the starting lineup, bringing in Eric Bailly, Nemanja Matic, Marcus Rashford, and Bruno Fernandes in place of Ronaldo, Donny van de Beek, Anthony Martial, and Harry Maguire, who were all dropped by the manager.

Chelsea came within a whisker of winning in the fourth minute. Callum Hudson-Odoi received a through ball from Marcos Alonso, and Victor Lindelof attempted to make a challenge but allowed him to pass far too easily before the Englishman opened up his body and attempted to curl the ball into the far post from an angle on the left, but the effort was brilliantly saved by the legs of David de Gea.

When Hudson-Odoi moved inside from the left flank, Alonso played him in and he finished with a first-time shot that went over the crossbar.

In fact, Hudson-Odoi was the most impressive player on the field, and six minutes later he produced an inch-perfect cross into the box for Werner, but the German glanced his header wide of the post.

On the half-hour mark, an unlikely source in the form of Antonio Rudiger came the closest any player had come to breaking the deadlock as the Blues centre-back struck the crossbar with a rocket from 30 yards.

Reece James' free-kick towards the back post seemed like it was on its way into the corner when De Gea tipped it around the post on the stroke of half-time, forcing him to be on his toes.

United gained the lead against the run of play in the 53rd minute, despite the fact that they were mostly second best. During the first half, Jorginho made a terrible error by passing back straight to Jadon Sancho, who was through on goal and tucked his strike past Edouard Mendy for the opening goal of the game.

Werner missed a golden opportunity to equalize for Thomas Tuchel's team in the 58th minute. Werner was six yards out when Alonso whipped in a cross into the box that was deflected into his path by Werner, who could only flash his effort wide of the target with his left foot.

Chelsea were awarded a penalty in the 67th minute after Aaron Wan-Bissaka caught Thiago Silva with an outstretched leg. The penalty gave Chelsea a chance to get back into the game. Jorginho came up to take the penalty kick and placed it into the bottom-left corner.

A magnificent opportunity to win the game came with Chelsea's last act, when Ziyech delivered a pass down the right-hand side for Mount, who chipped the ball to an open Rudiger at the back post, who had the goal at his mercy but blasted the ball terribly over the bar.