OPINION: How Barcelona Women Were Able To Get Easy Points Against Madrid Women On Matchday 15

Barcelona Women returned to action at the Estadi Johan Cruyff on Matchday 15 of the Spanish Primera Feminine League after defeating Rayo Vallecano Women on Day 14 of the competition. The Catalans maintained their unbeaten record in the competition.

Jonatan Giraldez's Barca Women's Coach fielded Balon d'Or Award Winner, Alexia Putellas in the midfield with Aitana Bonmati and Guijarro in order to strengthen the Champions' tactical play in order to score goals against the tenacious Madrid CFF Women's side. Additionally, Rolfo received her greatest role as a partner to Jenni Hermoso since Asisat Oshoala's injury sidelined her, as the team was fully loaded from what they experienced in their previous game, in which they were unable to score another goal after the first until the final ten minute. 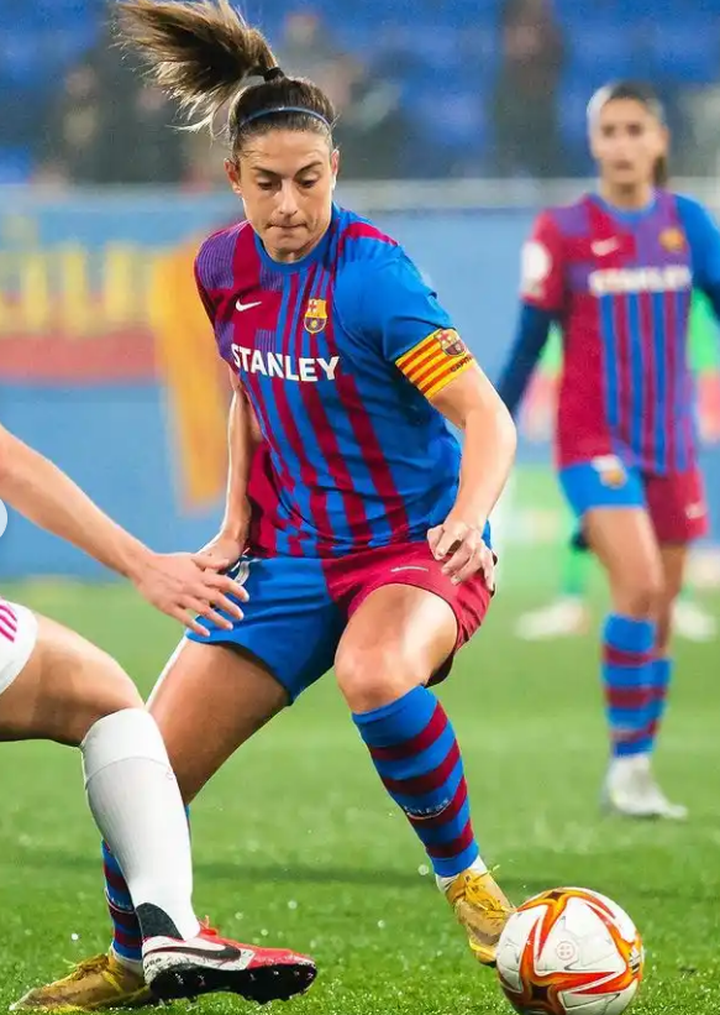 Continuing her goal-scoring form for Barca Women, Alexia Putellas opened the scoring in the 12th minute against Chikwelu's Madrid CFF, putting the home side ahead. After being under intense pressure from the home team, particularly from the midfielders, goalkeeper Paola Ulloa conceded an own goal in the 22nd minute, doubling Barcelona Women's advantage. Barca Women's midfielders have been the team's most reliable performers recently, especially since Oshoala has been unable to participate in matches due to injury. 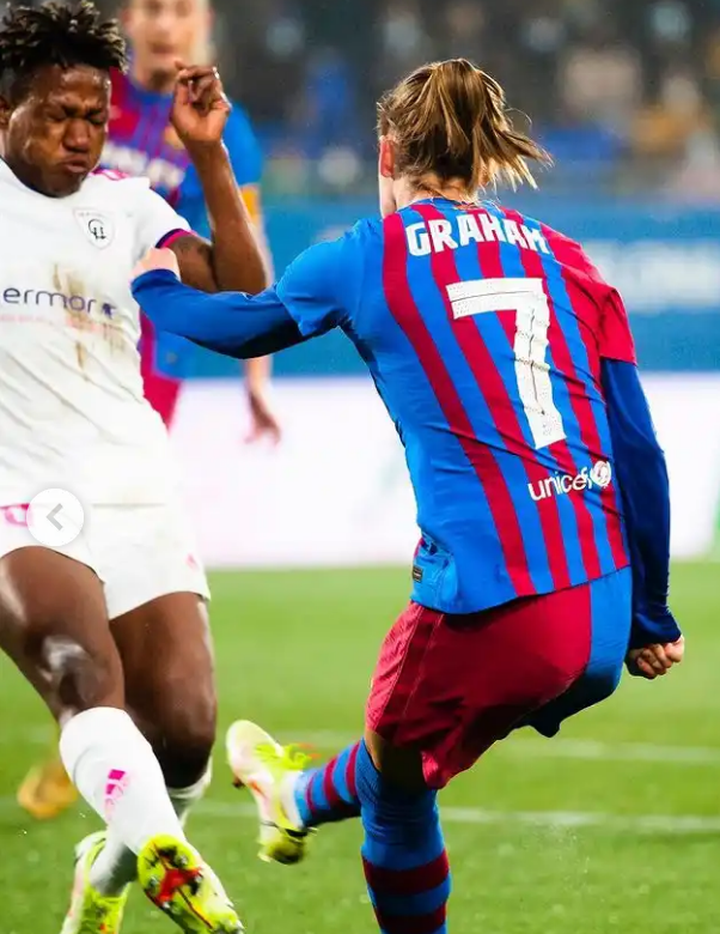 Following her choke of Rita Chikwelu from the Madrid Women's Midfield with the objective of disabling her from connecting up with Geyse, the current joint top scorer, Lieke Martens set up another midfielder, Hansen, for Barcelona's third goal in the 26th minute. By scoring in the 29th minute, Lieke Martens ensured that Barclona would take the lead and the first half would be ended by a score of 4-0. 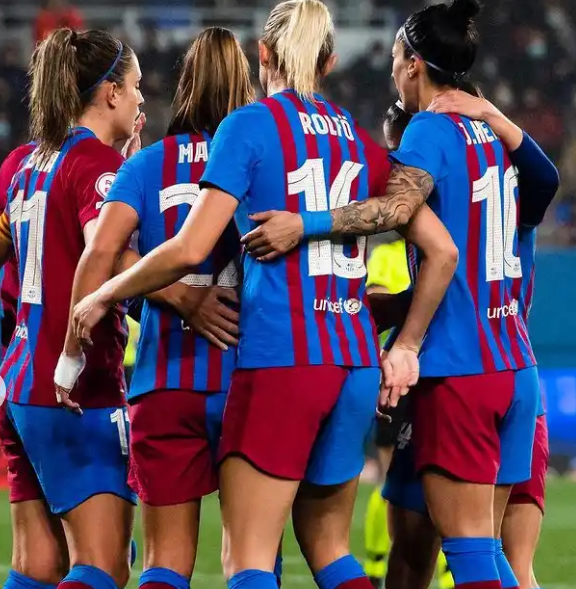 Madrid CFF Women entered this game with wins in both halves of two of their previous six games. Coach Jonatan was able to overcome Coach Fernandez' tactics by loading his midfield with first-choice players rather than relying on Jenni Hermoso's goals, which had previously served as a means of diverting opponents' attention away from the striker. 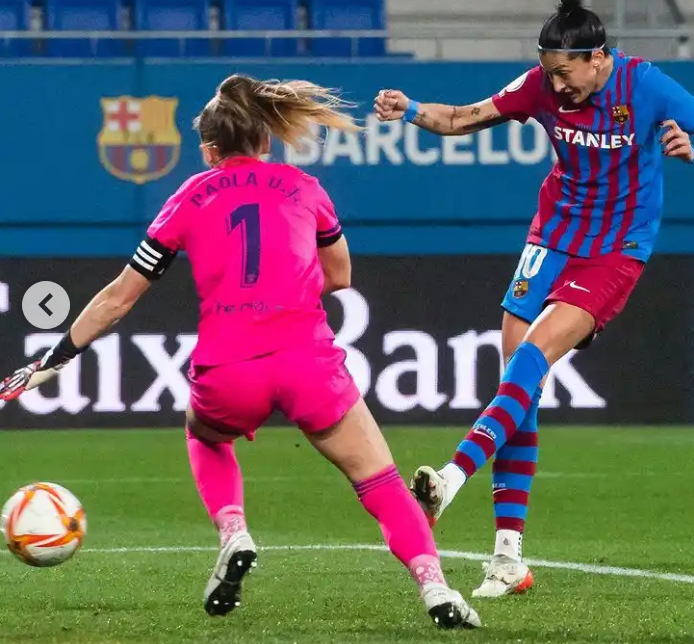 The inclusion of Vicky Lopez and Cristina Libran by Victor Fernandez failed to work as Hansen and Lieke Martens remained in the midfield to frustrate Real Madrid's strikers with little concern for the Barca backline and goalkeeper. Alexia Putellas scored the 5th goal of the game from the penalty spot barely 8 minutes into the second half. 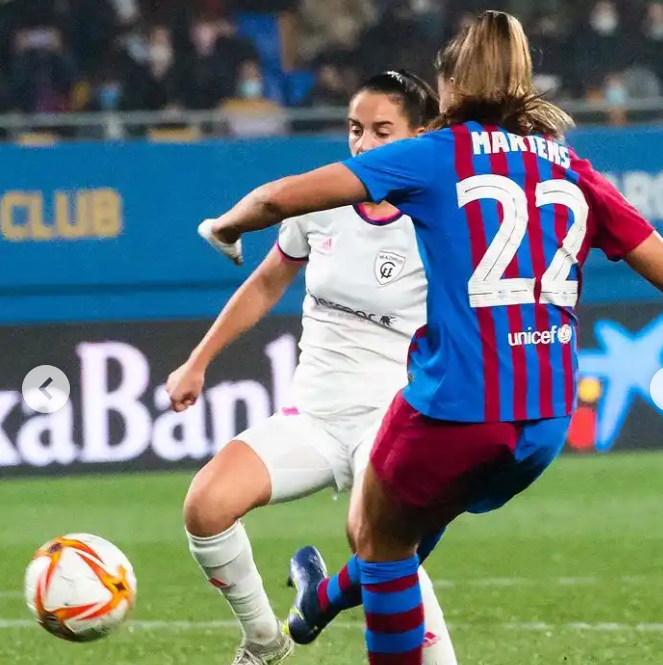 The switch of Guijarro, Jana Fernandez, and Aitana Bonmati by Coach Jonatan in the 61st minute for Engen, Crnogorcevic, and Leila Ouahabi has made the tactical plans of the Madrid CFF Women much worse for the second half of the match. The 66th minute saw Alexia complete her hat-trick and set up Super Sub, Leila Ouahabi for Barcelona's seventh goal, bringing the score to 6-0 in favor of the hosts. Barcelona's Coach substitutions were extremely beneficial to the tied players, despite the fact that they had already weakened the Madrid CFF Women.

Barcelona Women are now in first place with 45 points after 15 games, having beaten every opponent they have faced so far this season. On day 15, the Champions will take on Granadilla Tenerife Women, while Real Madrid CFF will face Sevilla Women in an attempt to get back on track after a disappointing season.

If things continue to go well for Barcelona Women this season, do you believe the Spanish Primera Feminine League will be over by the end of the 2021/22 season? Please express your opinions.

Rip | here are some of the pictures of lost Souls at east London.