Royal AM act like Eskom, switch Chiefs lights off 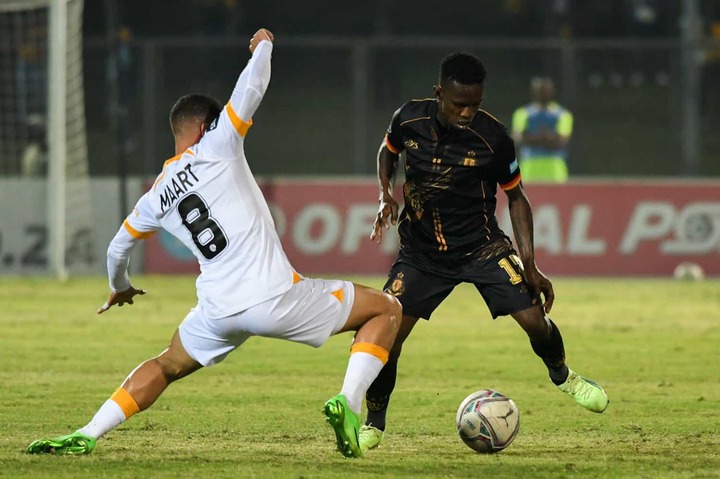 In their debut DStv Premiership game at Chatsworth Stadium on Saturday night, Royal AM adopted Eskom tactics by scoring an early goal to turn Kaizer Chiefs off.

Following a poor start to his tenure as permanent Amakhosi head coach, new Chiefs coach Arthur Zwane came under pressure as the early goal turned out to be the winning goal for Royal AM.

When Chiefs gave up in the second minute of the game, it was the worst possible start for them.

Ricardo Nascimento took advantage of their defense's lapse in concentration to score after they failed to clear their lines from a corner kick.

Following this, Chiefs seemed to lose their focus, and the game moved quickly with Royal AM pressing them back.

Chiefs attempted to battle back in response, but they were unable to string together quality passes or generate enough opportunities.

They did had a few chances, with the greatest one going to their new striker Ashely Du Preez, but he rushed his shot and blew the opportunity.

Royal AM also had opportunities to widen their lead, but they squandered them due to their attack's haste.

The second half was a little more tense as both teams tried to hold onto the ball and properly develop their offenses.

Chiefs then made an attempt to switch up their approach and use long balls to get past the Royal AM defense, but it too failed.

When given room to take a shot inside the Chiefs box in the 70th minute, Nascimento believed he had secured his hat trick. Bruce Bvuma, though, earned his keep after making a great stop to block him.

By the end, it was clear that both teams' players were worn out and the game was moving more slowly. The substitutions attempted to provide some energy, but it was unsuccessful.