By WhenDutyCalls.News (self media writer) | 8 months ago

Erling Haaland's ambition to play for Real Madrid may be in vain, as the Spanish giants are rumored to be focusing on signing Kylian Mbappe from Paris Saint-Germain. According to the Sun, who cite Spanish publications, Real had previously led the hunt for Haaland's signing, but have chosen to put Mbappe ahead of the Borussia Dortmund striker, potentially opening the door for Chelsea, United, or City to make a bid.

All three clubs are thought to be major fans of Borussia Dortmund's wonderkid, who has scored 80 goals in only 79 games since joining the German club in January 2020. Manchester United believed they had a good chance of attracting the Norwegian international to Old Trafford during Ole Gunnar Solskjaer's tenure as manager, since the two had previously worked together at Molde in Norway. 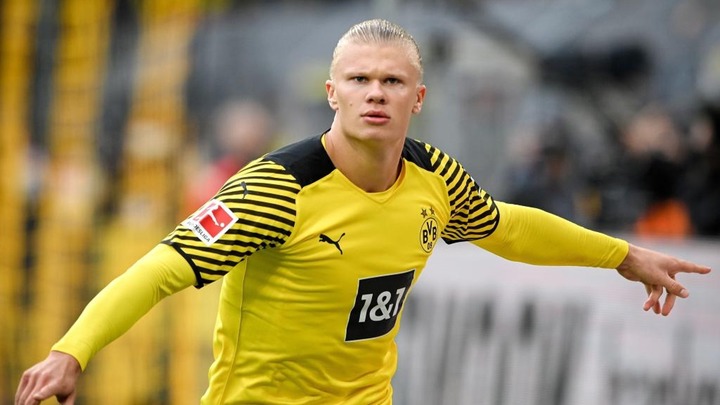 Should Real drop their interest, the Red Devils will be optimistic about acquiring a long-term objective. They have the clout and financial clout to close a transaction, but they may lack the evidence to persuade Haaland that this is where his future rests. Chelsea and Manchester City are both rumored to be interested in attackers this summer. So far, Romelu Lukaku has failed to impress Chelsea, with his on-field performances being subpar even before his public concerns about the team's playing style in December. Meanwhile, City are looking for a long-term successor for Sergio Aguero, who retired after leaving for Barcelona in the summer. Haaland would be a fantastic signing for whatever Premier League team can close a deal.