By CaracalNewsa (self media writer) | 8 months ago

A former Kaizer Chiefs star, took to Instagram to celebrate his successful proposal to his soon-to-be bride. 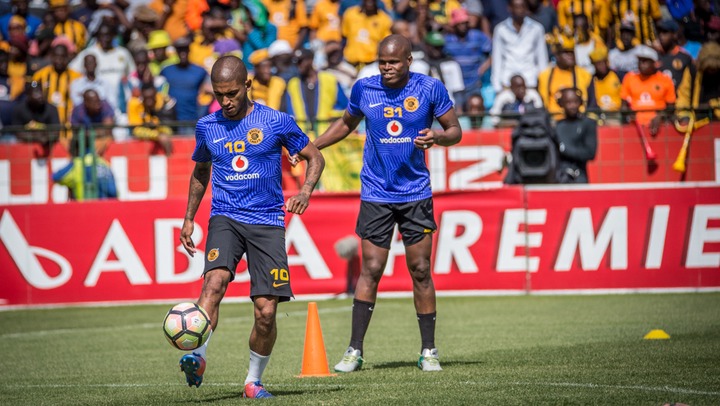 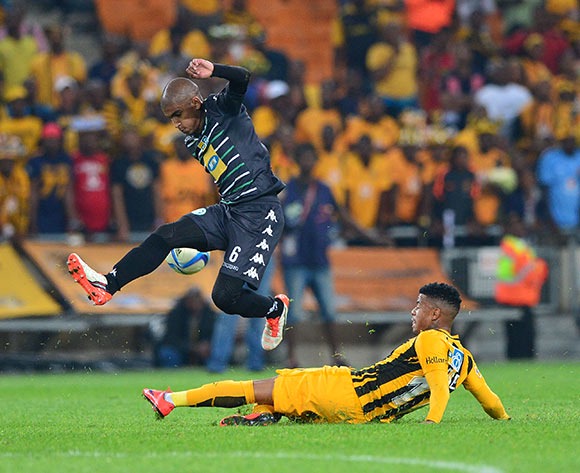 Keagan Buchanan was ecstatic when she answered, "Yes!"

Buchanan is now at AmaZulu and has also worn the Chiefs and Maritzburg United shirts.

The pair promptly rushed to Instagram to document their new adventure as well as the celebrations with others, most likely friends and family.

It's unclear how long the couple has been dating, but they were seen looking quite happy and joyous at their recent engagement. His new fiancée has been photographed several times sporting an eye-catching ring with a diamond large enough to make anyone happy. 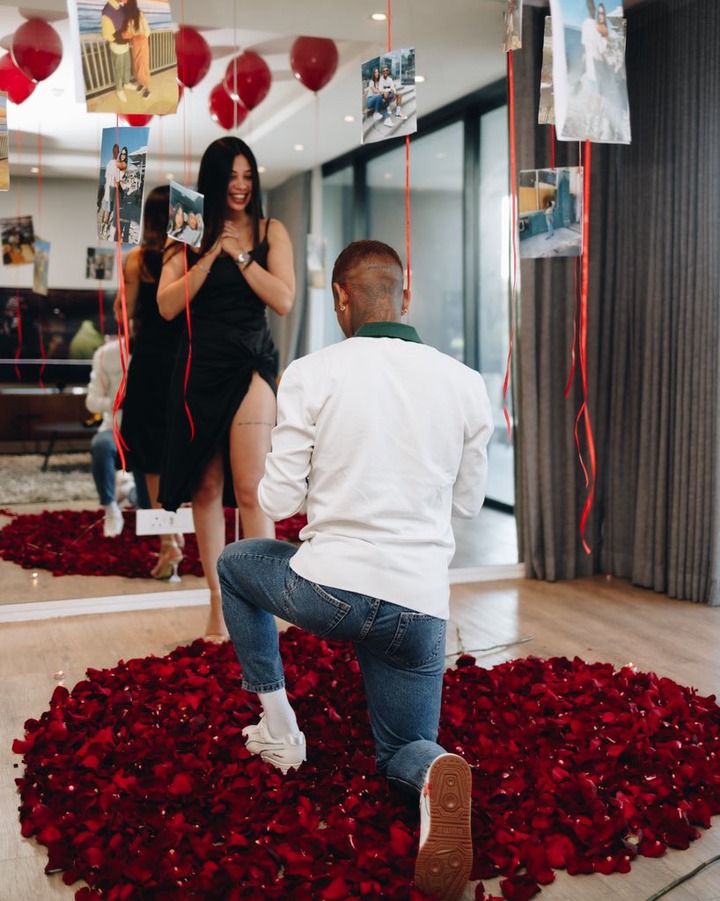 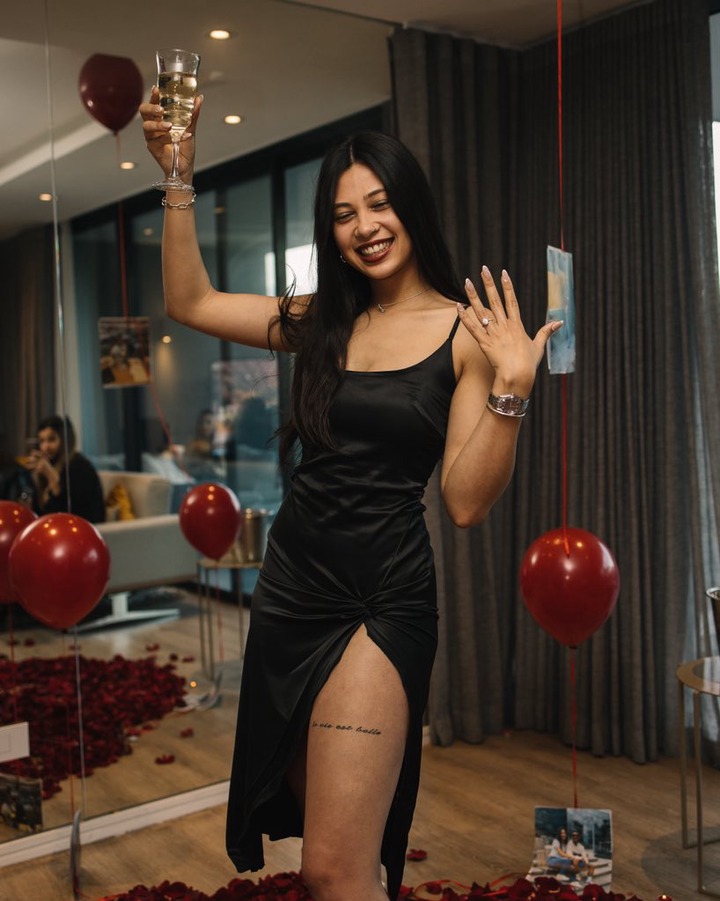 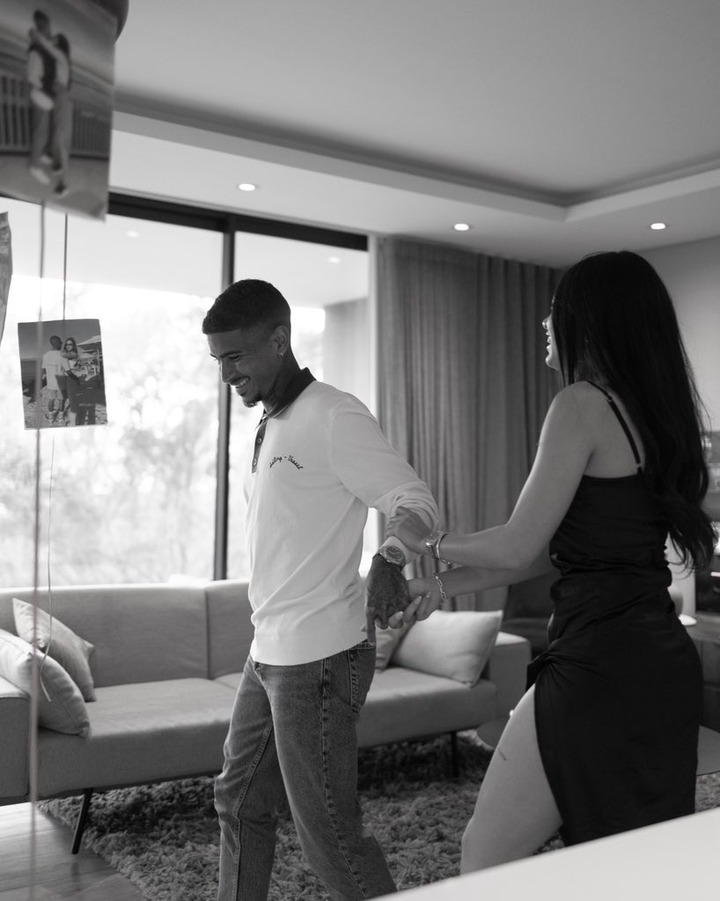 After joining Benni McCarthy's side recently, the midfielder will be looking for a successful 2021/22 season. The 29-year-last old's club was the Team of Choice, with whom he parted ways in February 2021.

AmaZulu, who had a fantastic 2020/21 season, has so far been unable to maintain the high level of play that saw them finish second to Mamelodi Sundowns in the new season.

Bafana Bafana legend Benni McCarthy, who took over from Ayanda Dlamini midway through last season, helped the club set a number of personal records as they made a serious run for the title before Masandawana hit the accelerator like a vintage Lewis Hamilton.

The former Porto striker guided the team to their best Premiership points total and, as a result, their best finish in the top level. He also managed the league's longest unbeaten streak, which lasted 16 games.

So far this season, Usuthu has struggled to match those impressive performances.

McCarthy's team has lost all three games so far this season and has only scored once.

In the MTN8 quarterfinals, they were defeated 2-1 by Cape Town City. They were then defeated 1-0 by Sundowns in the DStv Premiership season opening. Following that, they were held to a 0-0 draw by Swallows.

McCarthy voiced his relief at the timing of the Fifa international window during a news conference with the South African Football Journalists' Association, stating it will allow him and his technical team to drill down and hopefully return with a better side on the other side of the window.

Small butterfly roof house and modern plastering. Check it out.

FOUND: Here Are Pictures Of The Lady Who is allegedly Sleeping With Her Father & Kick Her Mother Out

Zwane wants to bring the happiness back to Kaizer Chiefs

Pau Torres' fantasy Man United shirt number could be handed to him by Erik ten Hag.

Mistakes that have cost Kaizer Chiefs

Are we really safe as a country under SANDF?