By Spy_SA (self media writer) | 3 months ago

The South African, who lifted five trophies since joining Al Ahly in 2020, has been overlooked for the award despite his trophy-laden start at Al Ahly. In addition to claiming back-to-back CAF Champions League titles and back-to-back CAF Super Cups plus one Egyptian Cup, ‘Jingles’ also returned with a bronze medal from the FIFA Club World Cup – only the fourth time that an African team had finished inside the top three. 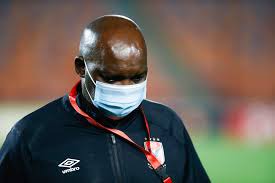 Pitso has a point. For example how is Pep ranked ahead of Pitso when he didn't achieve all in Europe when Pitso achieved all in Africa? 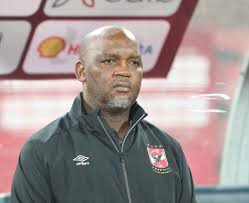 League rankings are subjective ad FIFA has no league rankings that they do to see which one is better than any. Especially since Pitso according to the same FIFA came 3rd in CWC.

To be best coach u need to play with the best and defeat the best. There are many coaches who achieved more than what Pitso did but never won that award or shortlisted, that is why leagues are ranked around the world.

I think its pretty clear that soccer awards are shaped, influenced and motivated by racism and pro European chauvinism.

FIFA doesn't take other confederations seriously because the FIFA CLUB WORLD CUP is always won by a UEFA club, until our clubs can compete against Europe's best, they will never take us seriously.

Pitso mst forget the level are not the same. He mst go n coach at Europe then he will b nominated on the top 3.CAF it's a joke.

I fully agree with him. FIFA is fraud. Only Europe matters, they don't give a damn about other Continents.

however If Mechester City wins 1 or 2 cups whether they are domestic or continental, he stands more chances to be selected.it's simple if you want to be selected leave Farmers league & complain there after.