Manchester United have been flattering to deceive for as long as it has been possible, despite the fact that Ralph Rangnick's team is currently in seventh place in the Premier League table.

United have failed to maintain consistency throughout the season, with the club's dismal form leading to the dismissal of manager Ole Gunnar Solskjaer earlier this month.

Against Premier League New boys Brentford, United had yet another opportunity to get back on track and win a game. Brentford threatened to take the lead on a number of times as United struggled to get their feet under way.

With their tails between their legs in the second half, Manchester United took the lead through Swedish attacker Anthony Elanga, who did so after receiving a superb pass from Fred.

Following a deft assist from Bruno Fernandez, Greenwood added a second goal to give United the lead. After receiving a through pass from Fernandez, Marcus Rashford scored United's third goal to put the team ahead 3-0. 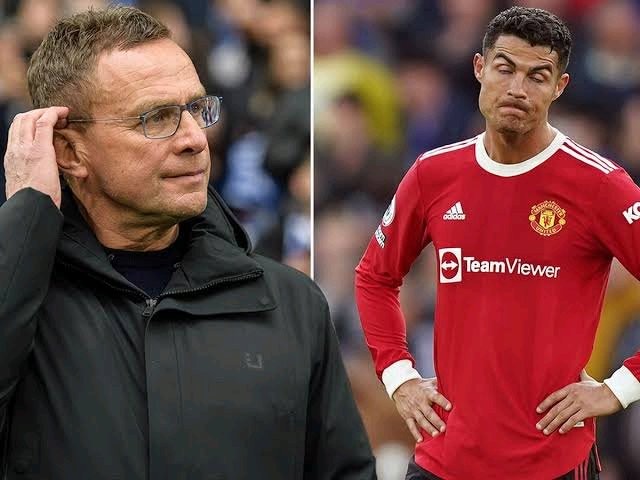 After being pulled with just a few minutes left on the clock, United's star player Cristiano Ronaldo was spotted seething despite his superb performance.

According to Rangnick, Ronaldo became extremely enraged and demanded to know why he had chosen to replace him rather than any other player on the team.

"When asked why he (Ronaldo) responded, "Why me, why did you take me off?" I stated that I had to make a decision on behalf of the team and the club. Perhaps, in a few years, when he is a coach, he will grasp the situation." - Ralph & Co. 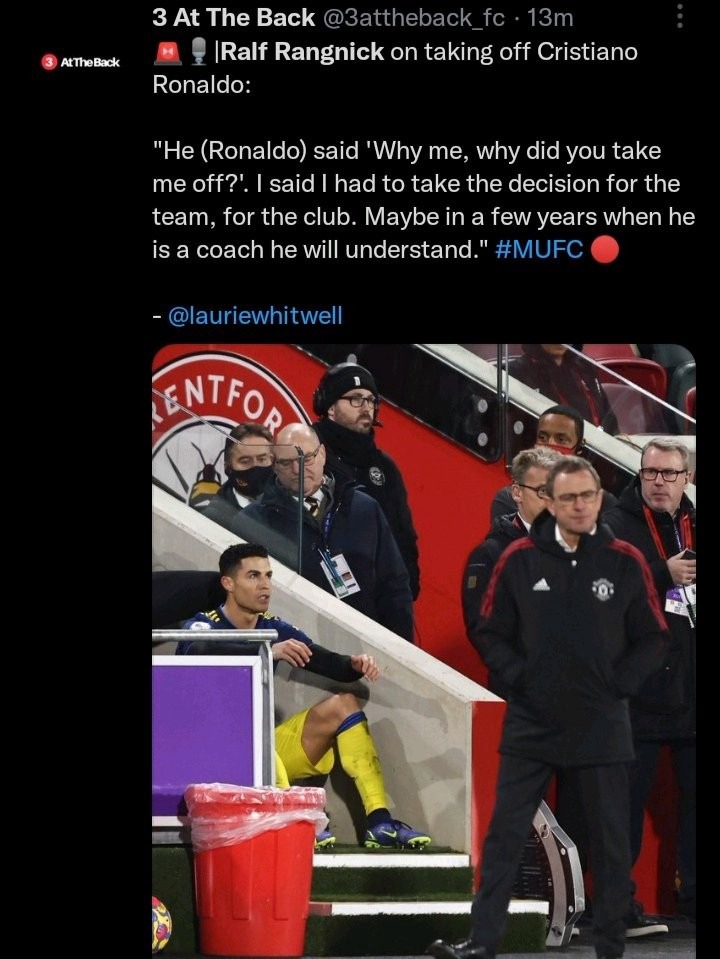 In the meanwhile, we would appreciate it if you could share your thoughts on the subject with us.