In a 4-3 win over San Jose Earthquakes, Hadebe netted his first-ever goal for the Major Soccer League side, setting the tone for the club's rebirth under Paulo Nagamura.

At the start of the year, the Dynamo replaced Tab Ramos as manager and won three of their first six games, with only one defeat.

With 57 minutes left in the game, Hadebe scored with his left foot to give Dynamo a 3-2 lead.

In the blink of an eye, Hadebe fired a blistering shot into the right corner.

PNC Park was rocked by a seven-goal thriller between the hosts and visitors.

Since coming from Turkish club Yeni Malatyaspor in July of last year, the 26-year-old has been a regular in the United States of America. 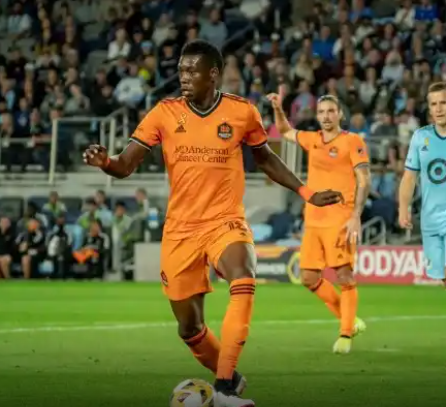 After a rocky start, he has appeared in the last four games and has only missed seven games during his stay with the club.

To date, he has appeared in 21 games for Dynamo.

He joined the team as a designated player, which means he earns more than most of the other players.

Before relocating to the United States, Hadebe spent two years with the Chiefs before heading to Turkey and playing in the Europa League.