Lacklustre Kaizer Chiefs continue to plumb the depths of desperation

By Therichman (self media writer) | 28 days ago 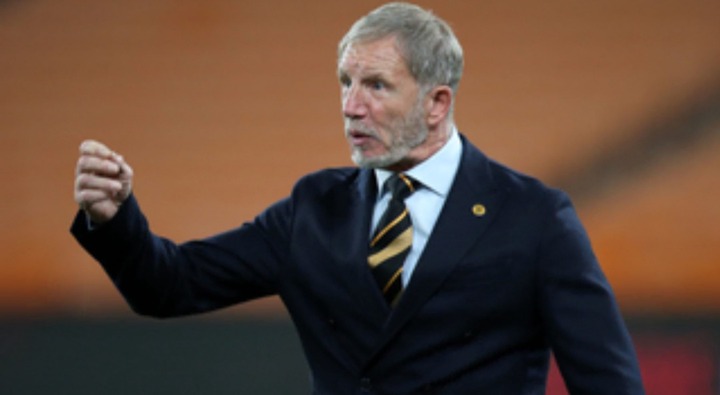 Kaizer Chiefs are still in desperate need of a win following a string of dismal performances, but coach Stuart Baxter was pleased with Sunday's goalless draw with Marumo Gallants, despite the fact that it was only a minor step forward.

Baxter's remark was in response to the team's 4-1 hammering at the FNB Stadium against Royal AM a week prior.

"I think we've played more like the way we can play if we're going to start winning games as the game progresses," said Baxter, who has been chastised by Chiefs fans for the team's poor performance this season.

"Our possession became sharper, and our backline became higher and more courageous. We got balls into their box and were dangerous, unlike against Royal, we were not threatening for long periods of time.

"I believe we performed better at times. Nothing went wrong in the first 20 minutes against Royal. We handed up a stupid goal and found ourselves on the back foot. Following that, we chased the game and lost track of the plot.

"We still prefer to win games rather than play to a score of 0-0.

“I believe it was a difficult game for any team to gain traction. As I stated before the game, I believe set-piece plays would be a means of winning the game. In the first half, I was dissatisfied with our intensity and possession."

Sebastian Migne, the coach of Marumo Gallants FC, was happy with his team's overall performance, which saw them improve from bottom to 15th position in the Premiership standings.

"We need to play well in attack and include all of our players, including defenders and goalkeepers," Migne added.

"For one hour and ten minutes, we performed admirably. The latter 20 minutes were more tough, possibly due to the pressure.

"At the very least, we made some progress. We improved because we didn't concede goals while we were under duress at the end of the game.

"If we want to win now, we must improve our finishing.

"We've got a week to rest and prepare for Golden Arrows. We'll go there and try to get the three points since we're in desperate need of them."

On Saturday in Durban, the Chiefs will face AmaZulu.