reasons Kaizer Chiefs are very much like striving Manchester United 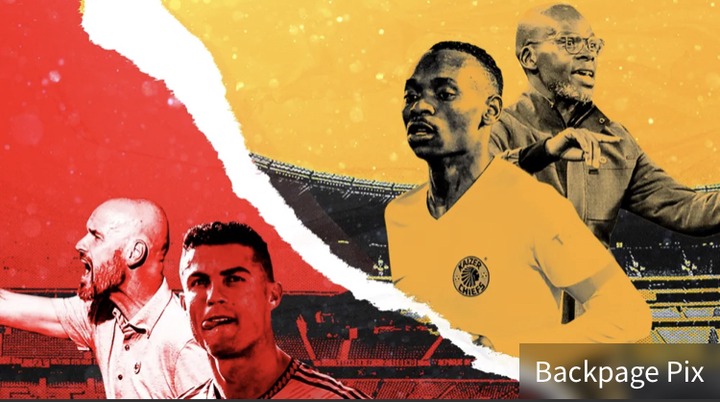 The two clubs are colossally well known yet have transgressed over the course of the last 10 years and seem, by all accounts, to be at risk for slipping further behind their opponents

Their separate battles were featured last end of the week when the Red Devils were embarrassed 4-0 by Brentford, while Amakhosi were beaten by the equivalent scoreline by Mamelodi Sundowns.

Scratch underneath the surface, and it appears to be the Soweto goliaths share a lot practically speaking with the Old Trafford club, as GOAL features:

How might Manchester United toll as they start the Erik ten Hag period?

Some time ago, particularly the 1990's and 2000's for Manchester United and the 1980's and 90's for Kaizer Chiefs, allies of these two clubs were acclimated with seeing their groups winning flatware many seasons. Not so anything else as the prizes have evaporated seriously for the two groups over the beyond seven or eight years.

Joined were 2-0 down in a short time in west London last end of the week, Chiefs were 2-0 down following 16 minutes in Pretoria, and each of the four objectives were uncannily comparable - dreadful protective blunders giving the rivals objectives. Furthermore, these were not the primary events; the two clubs have much of the time been at real fault for these sort of blunders for quite a while at this point.

Neither one of the clubs has been bashful to go to showcase, yet many times, new signings have tumbled, frequently at extraordinary cost. Many were sketchy purchases in any case. The two groups are failing to understand the situation time and again and this issue is one of the underlying issues for both.

Connected with enlistment issues - the two groups appear to raise a huge ruckus over marking players, just to pass up their objective and later to need to make due with second or third decision choices, at times players over the hill.

Players on lengthy agreements with high wages, and done adding to the group, have demonstrated hard to continue in at the two groups and have made swollen, costly to-keep up with crews.

Whether it's a Harry Maguire disaster or one more blunder from any semblance of Siyabonga Ngezana or Erick Mathoho, the particular protections have become progressively shambolic throughout the course of recent years. The two groups have contributed vigorously and it's not for an absence of choices, it simply appears to be that they've gotten some unacceptable protectors.