SURPRISE! We've found out where the Bafana captain and goalkeeper might be going next! 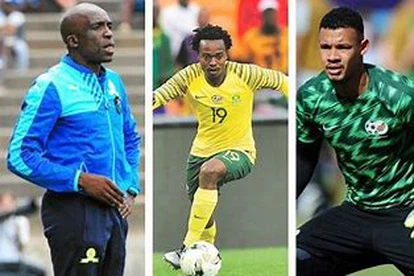 A move away from SuperSport United for Bafana goalkeeper and captain Ronwen Williams is something that is widely expected to take place in advance of the upcoming season.

On Friday, an ever-growing internet source known as Unplayable floated the possibility that it may reveal in an exclusive capacity that "Ronwen Williams is on the verge of joining Sundowns," and went on to say that "the transaction will be done in the next 48 hours."

"Yes, there have been discussions, and at this point we will wait to see what the next step will be. According to a recent report by Sowetan Live, Williams recently stated to the media that he has received some interest, but that everything would rely on whether or not the club is willing to allow him leave.

"I have laid out my goals for the future for them to consider, and it is ultimately their decision." If SuperSport wants me to continue working with them, I will do so without hesitation.

"But if they are willing to let me go, maybe that's the time now," he said. "But as I said, I'm happy at SuperSport; however, they are aware of my ambitions, and we will see what happens in the next few weeks."

Williams has further revealed why a move to a team such as Sundowns would of course hold great appeal in another interview with SABC Sport. The interview took place earlier this week.

"Without a doubt, who wouldn't want to play for the team that won the [treble]? According to Williams, who was interviewed by SABC Sport, "I mean, they are at the summit of South African football at the moment, and for the last several years."

"And competing in the Champions League or the Confederation Cup will only serve to boost and support me since, as you mentioned, I'm a member of the national team, and that will only promote and help me," I remarked.

"Therefore, it doesn't matter what offer comes in; if it's a good offer and the club is happy with it, then we shake hands and move on.

"But, as I mentioned before, I believe that I've reached a point in my life when I need to compete for things. I believe that throughout the course of the past few years I've done fairly well, so at this point we'll just have to wait and see what the next few weeks bring.

WILLIAMS IS NOT THE ONLY BIG PLAYER LINKED WITH SUNDOWNS 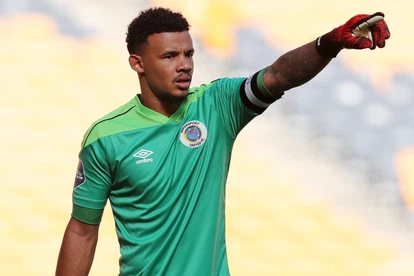 The authoritative publication iDiski Times reports that the superpower club has shown an initial interest in the Moroccan defender Abdelmounaim Boutouil, who is playing for Raja Atheltic Club while on loan from another team.

The excellent athlete was initially given regular starting roles for Raja, but with time he fell out of favor with head coach Rachid Taoussi, who was ultimately let go on Thursday.

It has been reported that Boutouil is reportedly considering the possibility of moving back to South Africa. Although there has not reportedly been made a formal offer as of yet, it is possible that feelers have been cast in this direction.

Black Coffee's ex wife leaves her fans speechless as she matches with their sons in recent pictures.