By Chiefs (self media writer) | 7 months ago 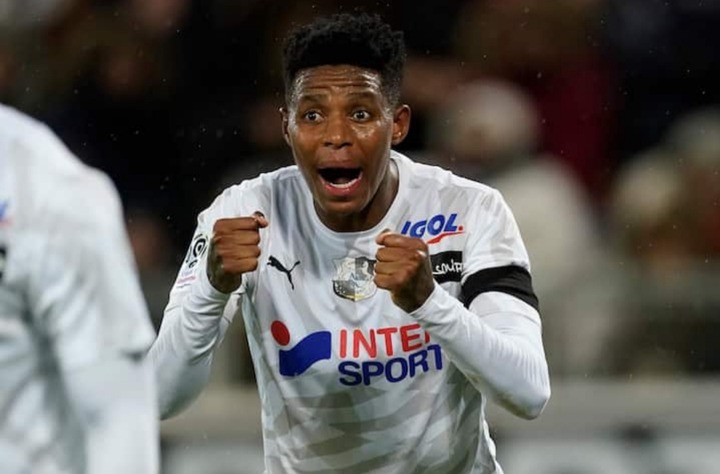 Since the end of his loan stay in Scotland in April 2021, Bongani Zungu, a 32-cap South African international, has been out of competitive play. Zungu's stint at Glasgow Rangers came to an end after he and his teammates disobeyed club rules. Protocols for Covid-19 Zungu has failed to break into the first squad since returning to Amiens in France, with the fifth division appearance anticipated to jumpstart his comeback.

Following a poor 2021, Bongani Zungu appears to have a chance to end the year on a good note with a much-needed return to the pitch. On Saturday, Zungu will play for Amiens' reserve team in an away French fifth tier match against La Touquet. This will be the Bafana Bafana international's first competitive match since his tumultuous loan spell with Glasgow Rangers in Scotland in April.

Rangers, Scottish police, and the Scottish Football Association were all offside when Zungu and five other colleagues broke the Covid-19 lockdown restrictions. Attending an unauthorized meeting of ten individuals in a confined location was the offense, and all of the footballers were fined for it. This blunder wrecked Zungu's season, and he was believed to be dealing with weight and fitness difficulties since then, resulting in his suspension. Since joining Amiens on a five-year agreement from Vitória Guimares in Portugal in August 2017, he has only made 52 appearances for the first squad.

As France contends with snow blizzards that have interrupted fixtures around Europe, the fate of the match in which Zungu makes his comeback remains uncertain. With his immediate future in France still uncertain, Kaizer Chiefs supporters were ecstatic when rumors tying him to the club surfaced. However, he and the club have remained silent about the rumors.