The bulk of European leagues are drawing closer and closer to the conclusion of the 2021/2022 campaign. In light of this, it can be deduced that the clubs that finish in the top four of the top five European leagues will be qualified for the UEFA Champions League in 2022/2023. Direct qualification is always given to 26 teams, and other clubs from across Europe compete for the remaining 6 play-off berths. Direct qualification is always granted.

Real Madrid, Barcelona, Atletico Madrid, and Sevilla are the four teams from La Liga that have qualified for the UEFA Champions League this season. AC Milan, Inter Milan, Napoli, and Juventus are the clubs from Serie A that have advanced to the Champions League stage.

All four of Germany's top teams—Borussia Dortmund, Bayern Munich, Bayer Leverkusen, and RB Leipzig—have earned spots in the UEFA Champions League. Only Sporting CP and Porto, both from the Primeira Liga, made it through to the next round of the competition. 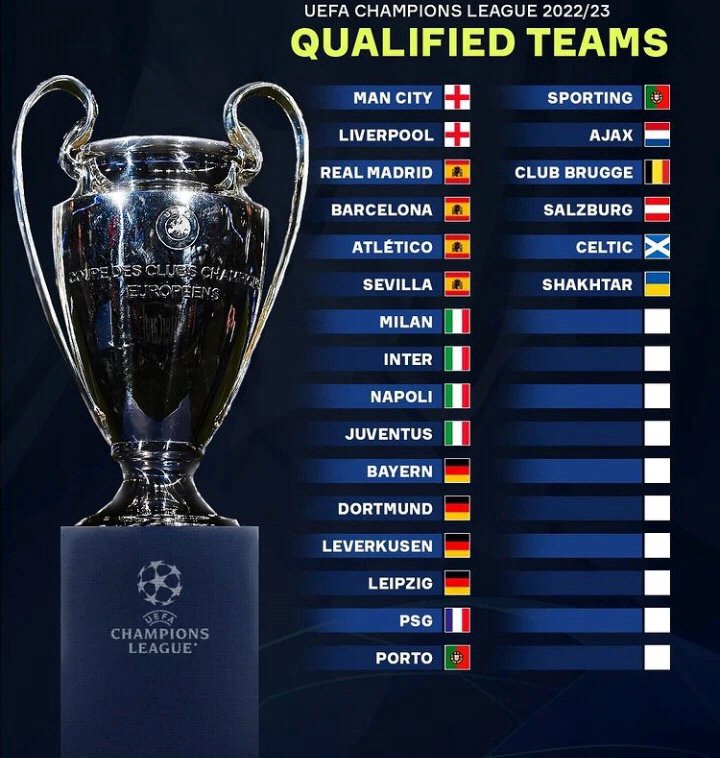