Manchester United's new interim manager will take over the club for the first time tomorrow. Manchester United will play Crystal Palace on Sunday, but I believe these players could see action tomorrow. We all know that all of the players will work extremely hard in order to be in the starting lineup. Ralf Rangnick was in charge of training today, and I'll show you the three players he could start with. 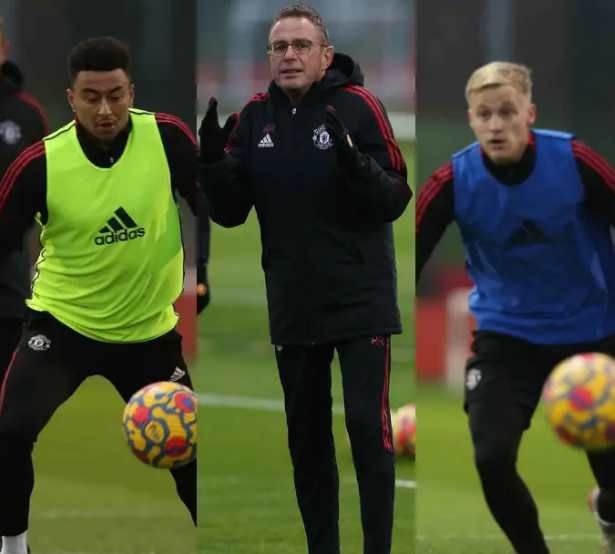 The Manchester United winger hasn't played since testing positive for covid-19, but he's recovered and ready to go. He is scheduled to face Chelsea and Arsenal, but I believe the German manager will start him ahead of Marcus Rashford. He's a fantastic player, and I believe he'll make the difference against Crystal Palace tomorrow. Mason Greenwood was mentioned by Ralf Rangnick during his press conference, and I believe he will be one of his key players.

Van De Beek is one of the players who Manchester United supporters want to see on the field against Crystal Palace. Under Ole Gunnar, he struggled, but it appears that his time has come. He trained with the squad today, and I believe the German manager might start him against Crystal Palace tomorrow.

There are rumors that the English midfielder will leave the club in January, but I believe he will thrive under the new manager. We all know he's capable of more, and his performances for West Ham last season were outstanding. Jesse Lingard could make his Premier League debut tomorrow against Crystal Palace.

What are your thoughts on the matter? Let us know what you think in the comments section below.