1. Abhishek Choubey: boy who pulls cars with his shoulder blade 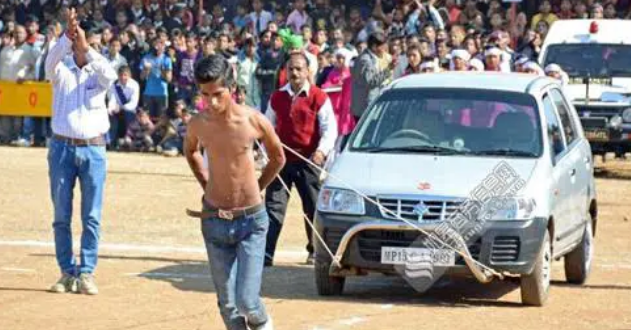 It's the amazing moment when a teenage boy nicknamed "Steel Blades" pulled two cars with his own shoulder blades.

Abhishek Choubey from Sagar, Madhya Pradesh, India, claims to be the only boy capable of performing the dangerous stunt and hopes to one day set a world record.

2. Bo Jensen (the strongest in the world)

A nine-year-old Topeka is officially the strongest kid in the country.

Bo Jensen, a third-grade student at McCarter Elementary, won three US records for 10 and under at a US powerlifting competition in Lincoln, Nebraska, hitting 182 lbs in squat, 92 lbs bench and 231 lb deadlift.

He previously broke Kansas all-time records in all three lifts for his age group. 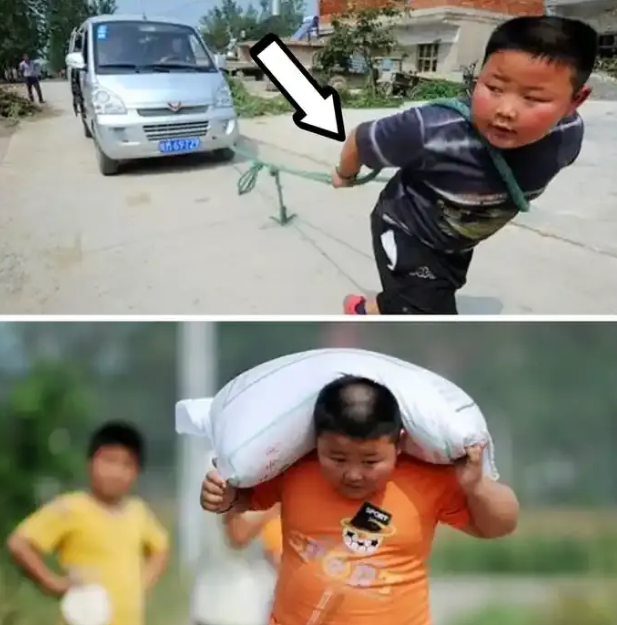 Yang Jinlong from China's Anhui Province is said to be so strong he can pull cars, carry 200-pound bags of cement.

Yang, whose dream is to be an Olympic weightlifting champion, first showed his mighty prowess at the age of just nine months by lifting a 5kg barrel into the air. 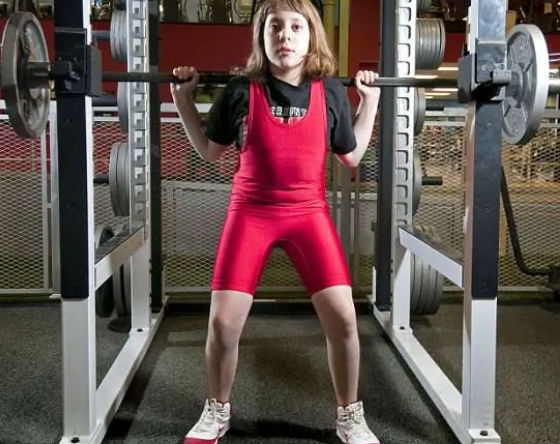 Naomi Kutin is a great girl, literally. The modern Orthodox teenager stars in the documentary "Supergirl" and is famous for breaking world weightlifting records when she was just 9 years old.

In 2012, for example, she squatted 215 pounds and beat the reigning 44-year-old champion while attending yeshiva college while preparing for her bat mitzvah.