ATP Cup tournament: Nadal did not play due to back pain, Djokovic's team started with victory

Rafael Nadal withdrew from the opening match of the ATP Cup tennis tournament. 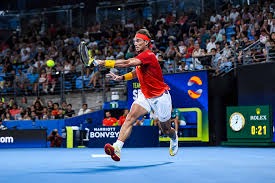 due to back pain, but he is likely to return to the Spanish team this week.

World No. 2 Nadal announced on Twitter that he had lower back pain ahead of Tuesday's match against Australia's Alex de Minaur.

He said, 'Hopefully I will be fit by Thursday'.

began their campaign to save the title with a 2–1 win over Canada. Djokovic defeated

He then teamed up with Filip Krajinovic to beat MiRaonicnich and Shapavlov 7-5, 7-6 (4).

MatteBerrettinini recorded a convincing 6–2, 6–4 win over US Open champion Dominic Theme in this match.

Bertiniini played at a time like this and then played a key role in winning the doubles match. 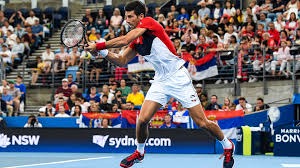