Cele: I was ready for Kaizer Chiefs and I waited for them

By Therichman (self media writer) | 15 days ago 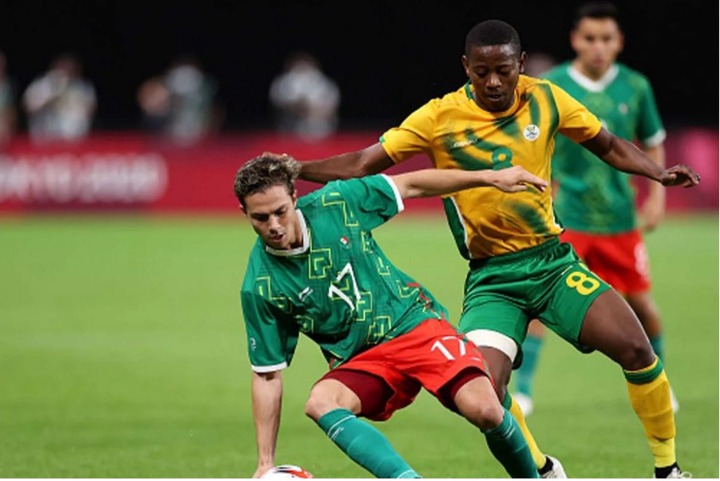 After Amakhosi dropped their interest in him, the South African Under-23 international ended himself in Poland.

Thabo Cele, a midfielder for Radomiak, has admitted that he had no intention of playing in the Premier Soccer League until Kaizer Chiefs approached him.

Cele claims that Chiefs initiated talks that prepared him to play for the Soweto giants.

However, the 24-year-old, who had never previously played in the PSL, returned to Poland to resume his career, which had previously included a six-year stay in Portugal.

According to Phakaaathi, Cele remarked, "I wasn't really thinking about coming back home until there was genuine interest from Kaizer Chiefs, but the negotiations fell through."

“I'm a Chiefs fan, and my entire family is a Chiefs fan. As a result, I was anticipating it. I had a job offer in Poland, and Portugal was interested."

"I waited for the Chiefs move to happen, but it never happened. The Polish club then returned with improved communication. I'm not sure what went wrong with the Chiefs. Even their games drew my attention. I was prepared.

“Coming home would have been a step back for some people. But Kaizer Chiefs is a major club, and I saw it as a fantastic opportunity to play in South Africa while simultaneously returning to Europe.”

Cele, as a central midfielder, would have arrived to Naturena to face competition from Cole Alexander, Phathutshedzo Nange, and Anthony Akumu for that position.

In his talks with Chiefs, the South African youth international claims there was never a financial standstill.

Cele stated, “Money was not the reason the Chiefs deal fell through.”

“As I previously stated, the negotiations with Kaizer Chiefs were really straightforward, and everything was going well. “I have no idea what happened.”

Cele was viewed as a long-term signing at the age of 24, with a bright future with the Chiefs.

His experience playing in the Portuguese second tier for Cova Piedade, where he was a regular, would have been beneficial to the Soweto giants.