The world of South African football seems to be going through a rough patch at the moment. Some saddening news is being received with each passing moment and many think that some exorcism needs to be done. 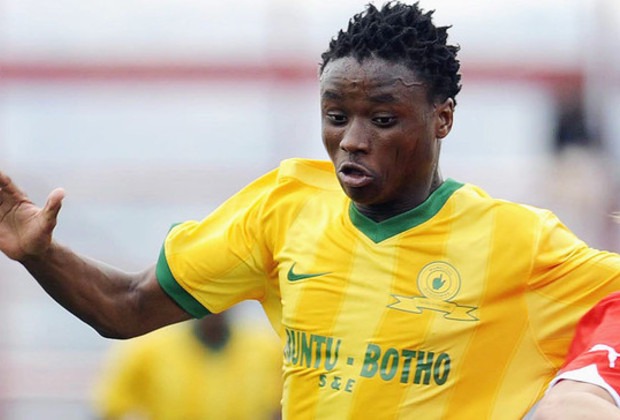 Earlier on, there were reports of a former Mamelodi Sundowns player Khanyile Shozi was reported to have gone sick. He is believed to be experiencing some mental breakdowns and prayers are being sent out to him.

To add onto that, the Crime In South Africa has just recently shared some more devastating news regarding one of the most famous sons of South African football. 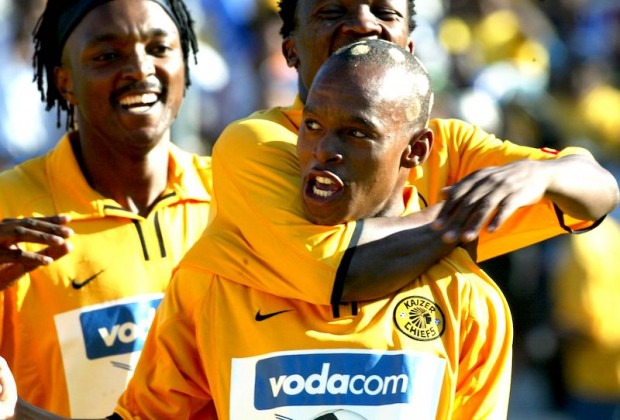 Jabu Pule who had lots of talent but was known for the wrong reasons has hit headlines once again. 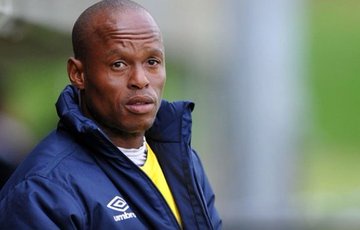 This time around, the former Kaizer Chiefs star and Super Sport soccer analyst Jabu Pule was involved in a nasty car accident. Reports state that he crashed his vehicle in Benoni when he was allegedly drunk.

Pictures which are circulating online showed at least two vehicles which had crashed. One of them was a taxi and the second vehicle was a BMW light motor vehicle which is believed to have been the car Jabu Pule was driving. It is believed that the accident was caused by reckless driving.

An ambulance was on the scene and paramedics could be seen attending to all those who had been involved in the accident. 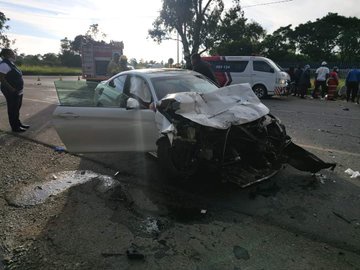 Both vehicles had sustained considerable damage during the crash and lots of debris was on the road. In one of the pictures, the Toyota Quantum taxi could be seen lying on its side.

During his footballing years, Pule was known for his struggles with substance abuse. At one time while plying his trade in Europe, he crashed his vehicle after he got behind the wheel while drunk. 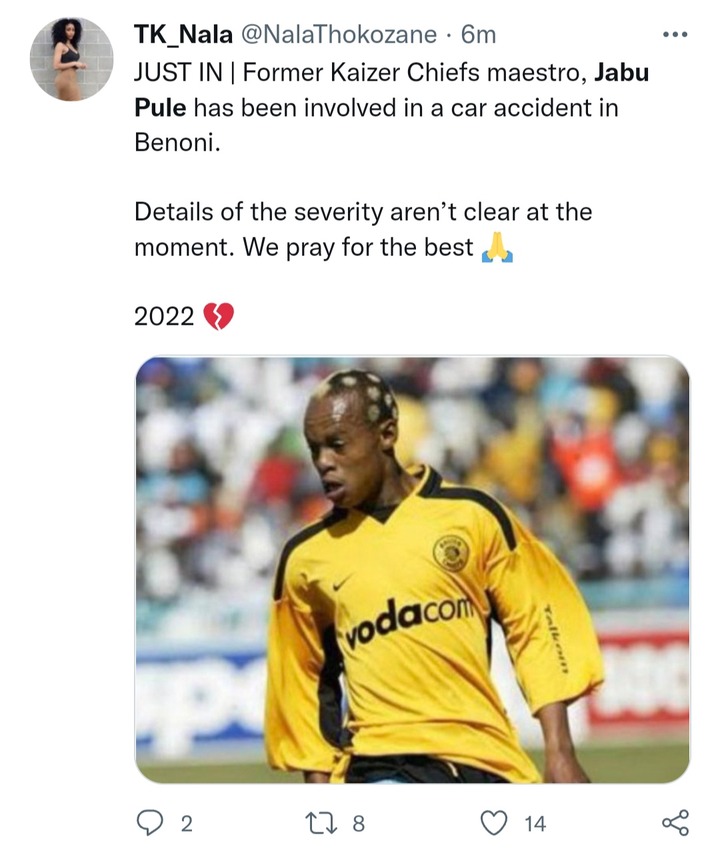 Alcohol is often blamed for being a contributing factor in most of the road accidents which are reported in the country. Motorists are always urged to desist from.the habit of drinking and driving.