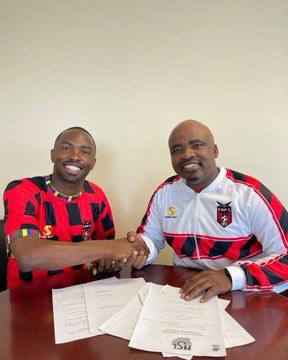 Benard Parker is one of the best footballers that south africa has ever produced,Parker,as a public figeur,had never made headlines in the newspapers for wrong reasons like many other south african footballers, he is the one of the most well behaved players who have successfully managed to make a good use of his short term football career.Benard Parker well represented south africa overseas and in the national team,he came back home and served in one of the most successful south african football club Kaizer Chiefs,Parker captained a successful kaizer Chiefs and he is the all time scorer of Amakhosi.Kaizer Chiefs parted ways with legendary Parker in last transfer window after a long and productive service. 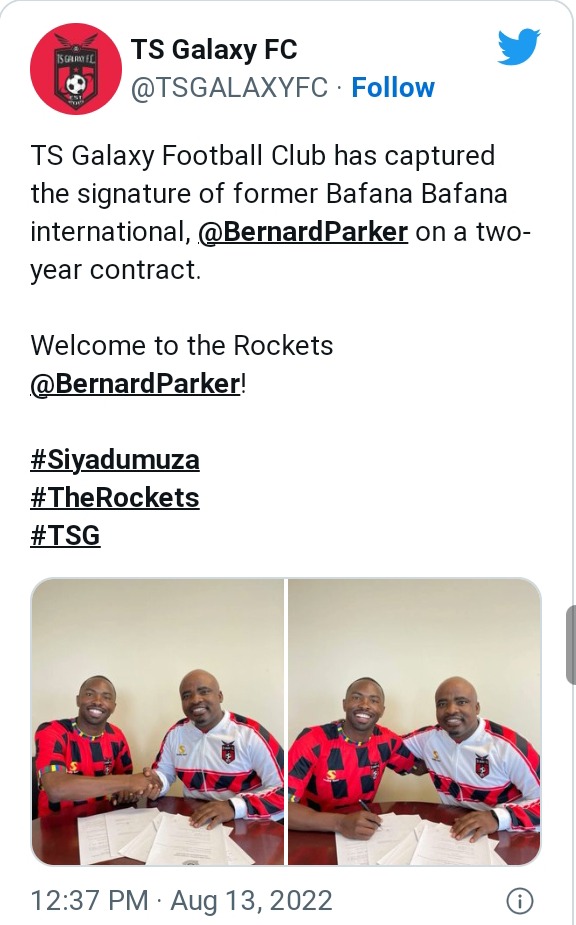 Bernard Parker remained free agent since Kaizer Chiefs didn't renew his contract,meanwhile,the Mpumalanga based south african premier soccer league club has unvailed Parker as one of their own starting from today.Parker was seen signing a contract with TS Galaxy,the pictures were posted on the club's official Twitter account.Parker will definitely boost the moral of the young plauers inTS Galaxy,his experience will help the team a lot.TS Galaxy is a very young team but they have shown a great intentions of conquering the South African Premier League when they made history to be the first team that was playing in the first divison to win the Nedbank cup against a gigantic Kaizer Chiefs. 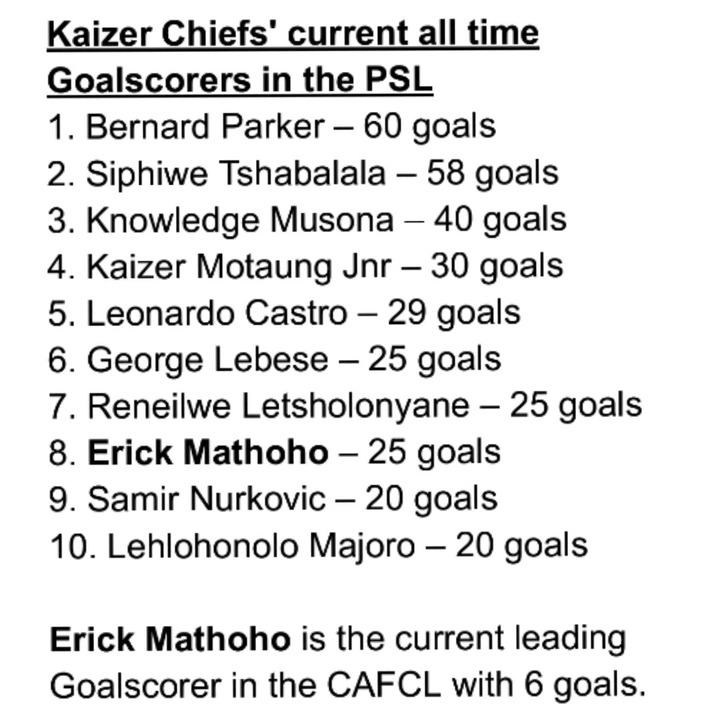 Football is a very short career that one cannot really depend on to secure the future,however,players like Benard Parker,though known to have studied something beside just palying football in the premier level,he had made a lot out of the short football.He seems to be marching in the direction of the legendary Siyabonga Nomvethe who played until his early fourties,majority of the south african players hang the boots in their late or early thirties as their performances starts deteriorating with age.