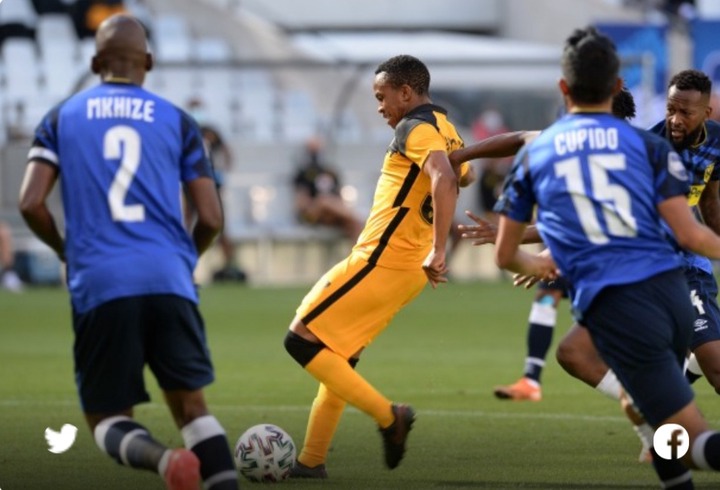 Amakhosi made two remarks, the first demanding that the PSL postpone its December dates. In addition, because to a wave of positive Covid-19 instances, it has stated definitely that it will be unable to host Saturday's match.

The team announced that at least 31 club personnel and staff have tested positive for Covid-19, forcing the Naturena training base to close.

"We have to go to the stadium because the league hasn't told us there isn't a game," Bailey tells Kickoff.com.

"I don't know what will happen, but I know the match officials will be in the stadium."

"We arrived in Joburg yesterday and are preparing for the match today as if it were any other." We're going through our matchmaking procedure as usual, and we've already had breakfast at the hotel. We'll have our team meeting shortly, and then we'll head to the stadium.

"We haven't been directed to do anything different, and we haven't received any correspondence telling us to be honest about the game being postponed or telling us not to go to the stadium." As a result, we must travel there.

"It's likely that the match officials haven't received any correspondence as well, but they'll be there." SuperSport, from what I've heard, will be present.

"I believe that only the league has the authority to instruct us or SuperSport not to go there. So, until then, we'll have to approach it like any other game day."

City recognized that the Chiefs cannot be regarded any differently from other clubs who have faced a comparable health crisis in the past.

"Look at the rule of the league," Bailey continued, "there's been precedent made for that."

"But, in the end, I believe the match commissioner and the referee will make the decision.

"Right now, all we can do is stick to the routine, which is to arrive at the stadium 90 minutes before kickoff and produce a teamsheet as usual."

"It's entirely up to the officials what happens after that."

I was contacted for a response. The match will not take place, according to Amakhosi communications manager Vina Maphosa.

"No, my commander, we're not playing today."