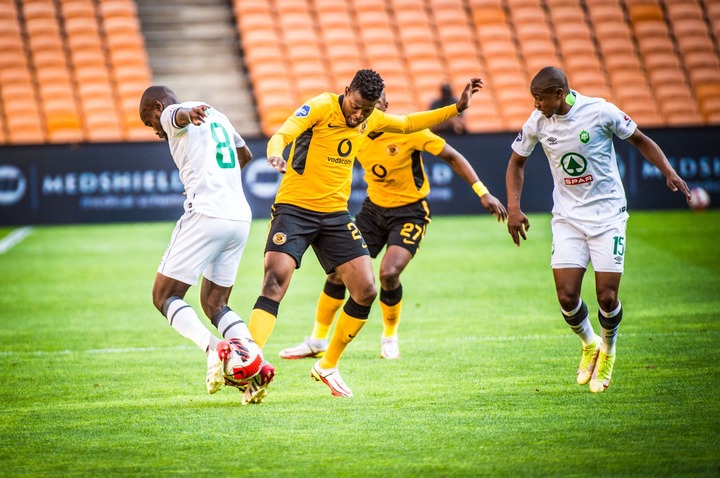 The two teams were down to ten men and the match ended up in a draw with both teams earning each point.

AmaZulu earned a 1-1 draw at the FNB Stadium on Wednesday evening, taking advantage of Kaizer Chiefs being relegated to 10 men.

Keagan Buchanan's own goal in the 20th minute was the game's opening goal, and the Chiefs, who had won their previous two games, were forced to play the final 34 minutes with a man short after Cole Alexander was sent off.

In the 77th minute, Bongi Ntuli equalized for AmaZulu. In the waning stages of the game, Samkelo Mgwazela was also sent off, while nine yellow cards were also issued. 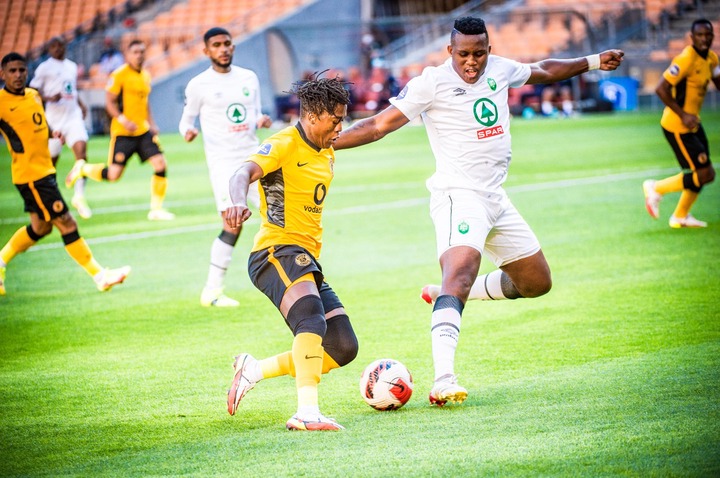 Kgaogelo Sekgota, who had been reinstated to the starting XI after Khama Billiat had been pulled from the squad due to illness, made a deadly run down the left wing, putting Chiefs on the front foot right away. Bernard Parker was swiftly closed down after cross came in, so there was no shooting at the end of it.

Chiefs were on the offensive again two minutes later, but this time there was no goal threat as Alexander's overhead kick sailed wide of the target.

Around in the 15-minute mark, AmaZulu started to perform their way into the game and had chances. Siphesihle Maduna's long-range shot fizzed only half a metre wide of the target, while Augustine Mulenga tried to chase down a long pass and shot in on goal from the left side of the box, and even though lacked the power to concern Daniel Akpeyi.

But, just as they were getting into the match, AmaZulu were dealt a cruel blow when former Amakhosi player Keagan Buchanan scored an own goal in the 20th minute. Buchanan pushed Keagan Dolly's cross into his own net under pressure from Sekgota, after Njabulo Blom had started the play down the home side's right flank with some clever passing.

Usuthu returned with a vengeance after the goal. Although having the majority of the ball and playing some slick, elegant football, the Durban team have been unable to break down the Chiefs defense before the halftime break in Soweto.

After the resumption, the match remained open and end-to-end, with AmaZulu having opportunities through Siyethemba Sithebe, who hit a timid attempt at Akpeyi, and Thabo Qalinge, who got close after a penetrating run in the 56th minute from a difficult angle.

At the other end, Veli Mothwa made a superb reflex save to prevent Chiefs from increasing their advantage, keeping out Dolly's close-range drive after a perfect cross from Sekgota. Immediately after, the game's mood was radically altered when Alexander took down Qalinge, earning him a second yellow card and ending his participation in the evening at the hour mark.

Usuthu surged forward, and then after Qalinge's header went over the bar, replacement Bongi Ntuli swept home a pinpoint cross from Andre de Jong into the back of the net, tying the game at 1-1 in the 77th minute.

A minute later, De Jong nearly put the visitors ahead when he got on the end of Luvuyo Memela's cross, only for his shot to touch Akpeyi's knee and bounce wide.

Following Lebogang Manyama's 85th-minute free kick was saved by Mothwa, AmaZulu were down to ten men after a second yellow card for Mgwazela.

It was the last notable event of an enjoyable evening, with the game ending in a draw, which was probably a reasonable depiction of the encounter.