By TMvalienews (self media writer) | 7 months ago

The Lesseyton Sports Facility in the Enoch Mgijima Local Municipality of the Eastern Cape may appear to the uninitiated eye to be little more than an empty field with patchy grass, a few of inexpensive pavilions, some freestanding goal posts, toilets, a couple of Jojo tanks, and a tiny guardhouse. 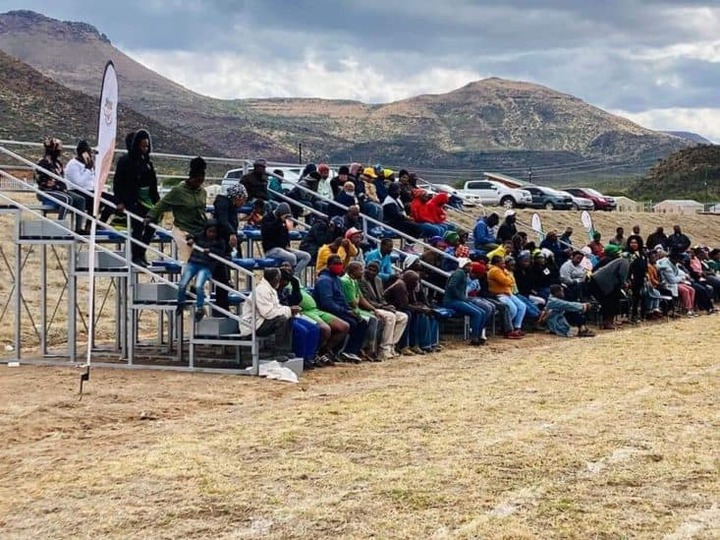 The stadium was just inaugurated, with much hoopla from the local government.

The complex is an R15 million sports facility with "state-of-the-art rugby and soccer grounds with an athletics track," "grandstands," "ablution facilities and change rooms," and a "rainwater catchment tank and high-rise water tank," according to the municipality.

They also had to blast the rocky ground to remove it and level it in preparation for this technologically advanced sports facility.

After receiving inquiries from those who did not have access to the technology used to build the stadium, the municipality amended its self-congratulatory Facebook post with a lengthy explanation of exactly what went into the stadium's "building."

It was replaced, however, with a simple film that detailed everything the stadium had to offer guests, but that video was later removed as well.

Floyd Shivambu, the deputy president of the Economic Freedom Fighters, was one of many who couldn't believe what he was seeing.

But he wasn't alone; many South Africans were baffled as to why the Enoch Mgijima municipality had spent so much money.

It's a shame to misuse funds thats supposed to help community development and build such an embarrassing stadium, it clearly that the mone was cowed buy people who were supposed to do the project.

How are youth going be developed if people are still doing corruption in the development of the country, its clearly that those who are on top positions tbey dont care about developments of the country.