Opinion: The Inconsistency Of VAR Has Been The Main Problem For Manchester United This Season

Everyone bemoans Ole Gunnar Solskjaer's coaching abilities and everything else, but we turn a blind eye to the unfair decisions that have been made against Manchester United by referees so far this season. So far, it appears that the Video Assistant Referee is biased in his or her decision-making. 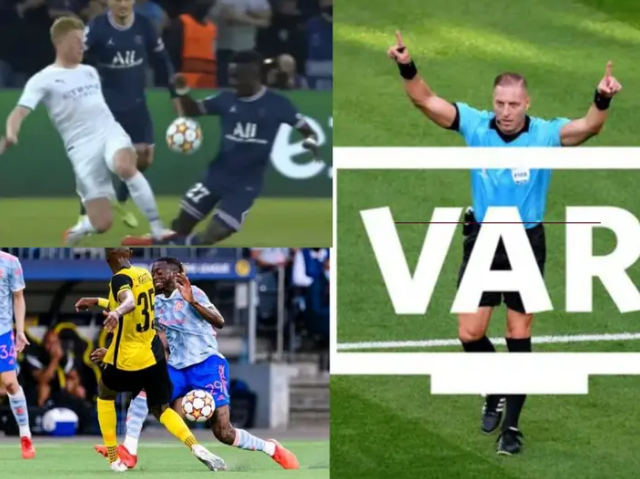 Manchester City and Paris Saint Germaine fought it out in the Premier League last night. Kevin De Bruyne was involved in a clutching tackle on Idrissa Gueye during the course of the game. This is an aggressive tackle that left Gana on the ground for several minutes, and after much deliberation, KDB was shown a yellow card.

Well, let me remind you that this is exactly the same leg tackle that Aaron Wan Bissaka committed in United's first UCL game, for which he was given a straight red card by the referee.

Similar to this, the Aston Villa goal against Manchester United was upheld following a VAR review. Because the player was standing directly in front of David De Gea, the goal should not have been allowed to stand.

Approximately the same incident occurred in the week five match of the English Premier League between Brighton and Leicester City. The Foxes scored a goal, but the goal was eventually ruled out because Vardy was standing in an offside position. Saying that these rules do not apply to Manchester United when they are on the field is a stretch. 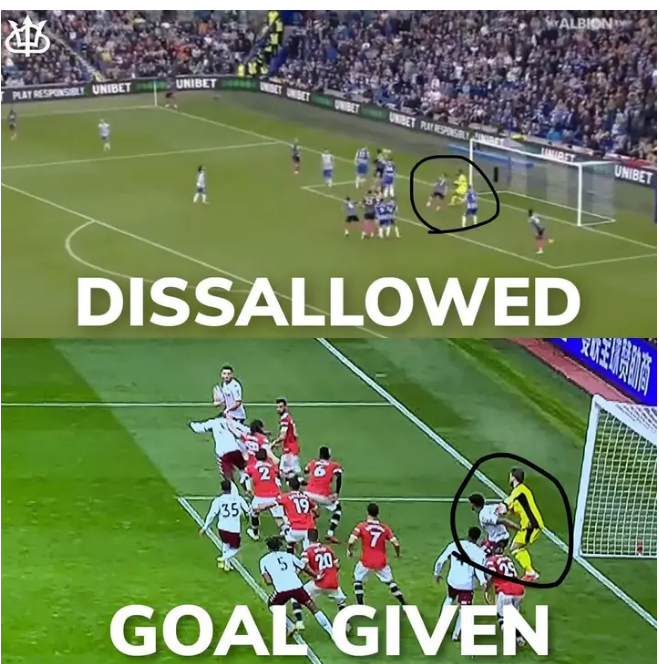 As I previously stated, the double standard is oppressive and degrading to all people. This is the most serious issue that the team is currently dealing with; the referee and VAR decisions in all of their games have been unfair and cannot be compared to what we see in other competitions. Since the arrival of Cristiano Ronaldo, Manchester United has been denied a number of clear penalties in the box, which they have contested. Players are being kicked around in the box, and the referee simply looks away as if it were nothing. It is perplexing. 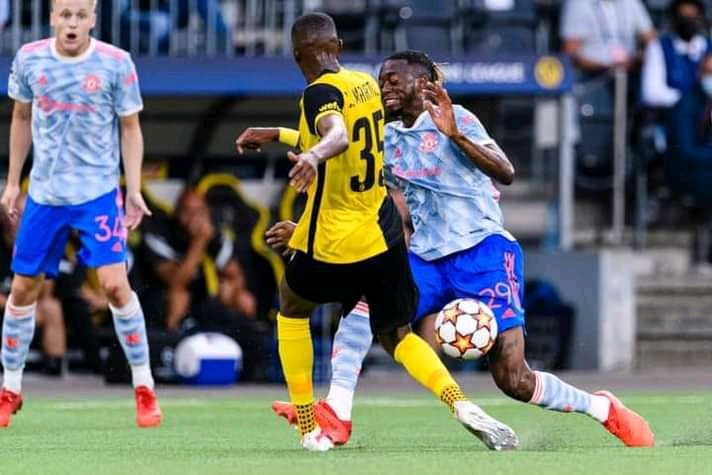 KDB should have been sent off in the first half of yesterday's match against PSG, but he was not. Despite the fact that it was an inadvertent foul, nobody seemed to care. The most important thing to remember is that it is a leg-breaking tackle, and this is a rule that must be followed by the officials. Being emotionally attached will just exacerbate the situation. During this season, I wouldn't be shocked if Manchester United supporters start circulating a petition to protest the biased verdicts against their club.