Watch: An Awkward Moment Between Pitso And Patrice Motsepe.

By CaracalNewsa (self media writer) | 10 months ago

Social media reacted to a video that was making rounds on Twitter after Pitso Mosimane won his 3rd CAFCL trophy. 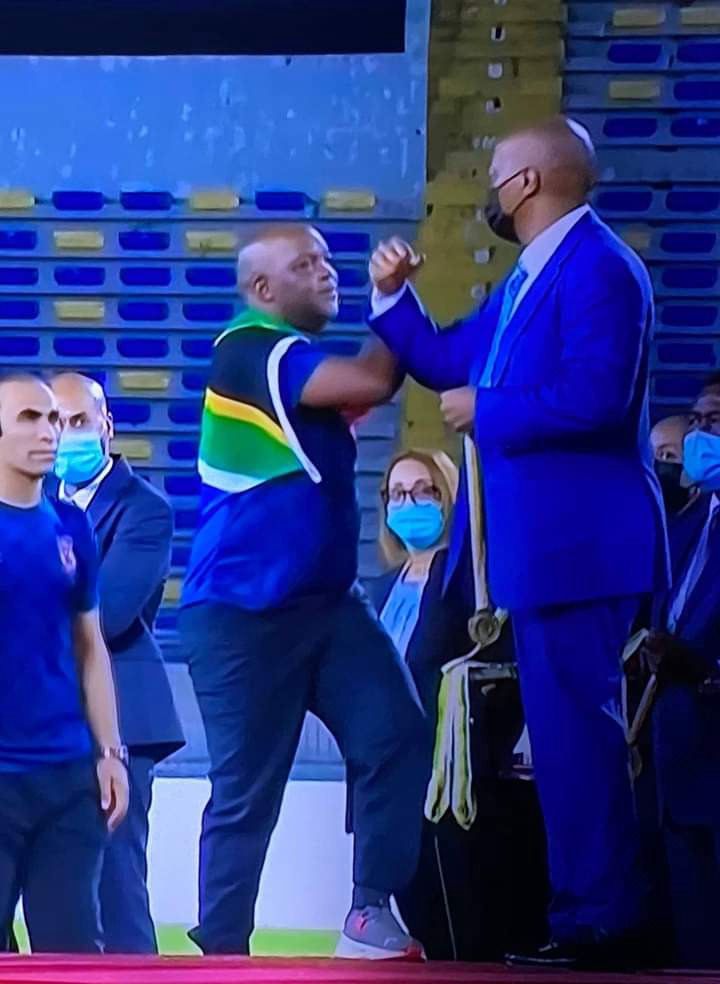 The video clearly shows there is a tension between the two.

Following a public disagreement over a signing-on fee, which Downs have requested from Mosimane's wife Moira Tlhagale, who acts as "Jingles" agent at MT Sports Management & Marketing, the hatred between Mamelodi Sundowns and Pitso Mosimane appears to be growing by the week. 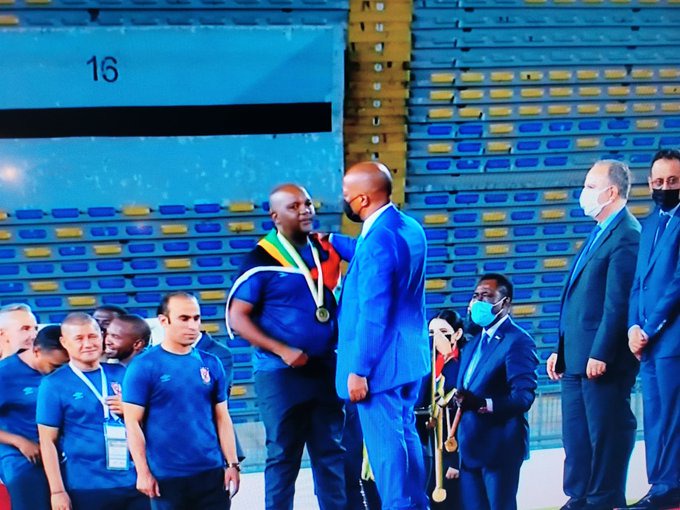 Mosimane had pledged himself to serve as Sundowns coach for the next four years before jetting off to the hottest seat in African club football at Al-Ahly, but he had to be released four months into his new contract to move north.

Sundowns have issued a summons to MT Sports, seeking recovery of the signing-on fee, which is thought to be in the region of R8 million. Although it is unknown how far the case has advanced, Mosimane's side has stated that they are prepared to take Masandawana to court if necessary. 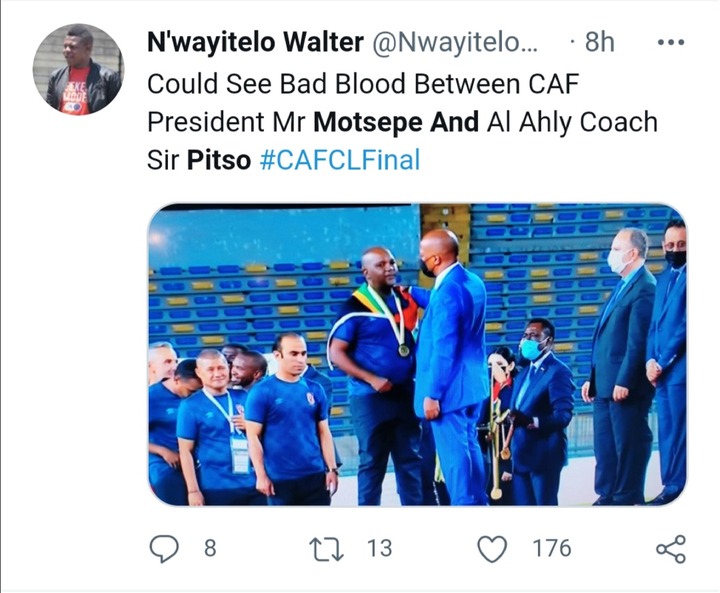 Mosimane, who is known for his creative mind tricks and for not holding back, got to Twitter this weekend and tweeted a famous Bob Marley quotation, "Some people are poor, they just have money," implying that money isn't everything. 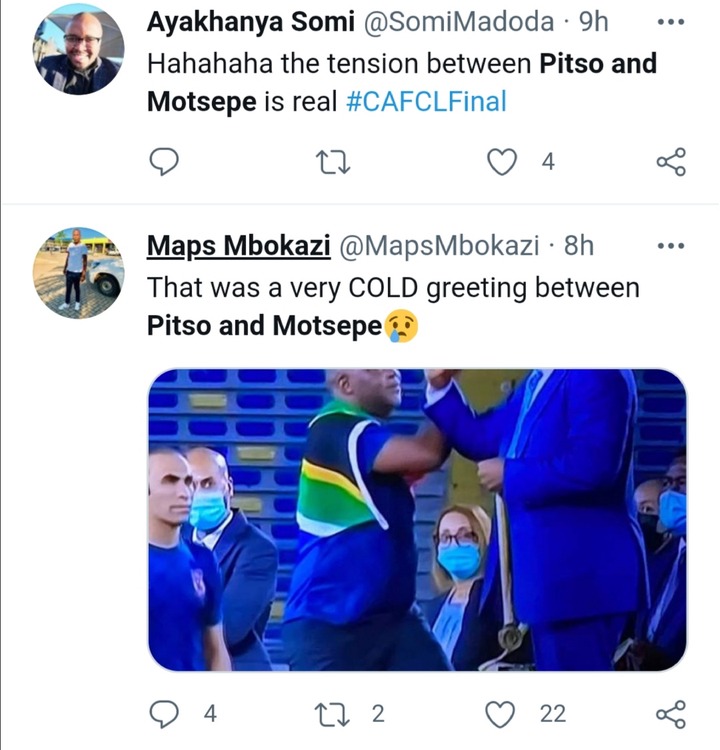 Take what you will from that tweet, but it appears to be addressed indirectly at Sundowns owner Patrice Motsepe, who is said to no longer agree with him as a result of the feud between the two parties. 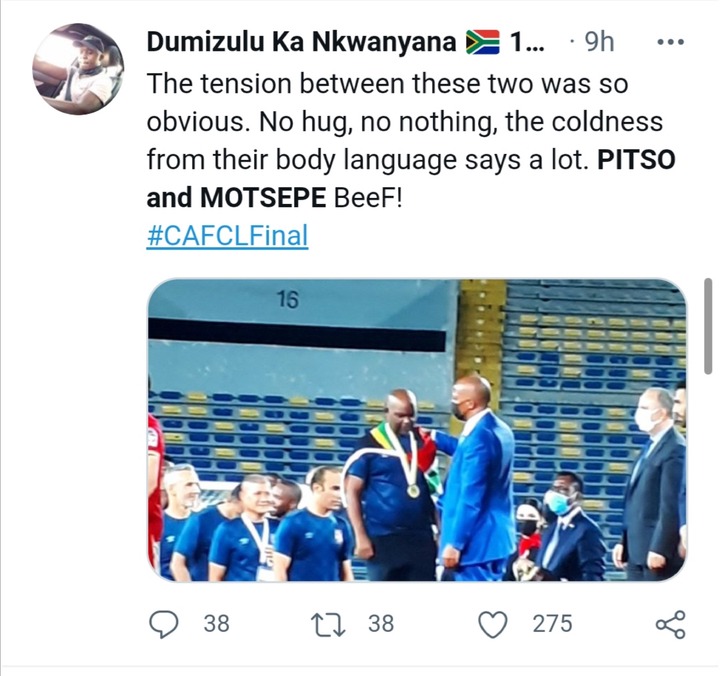 The wealthy mining magnate stepped aside as president of Sundowns to become the president of the Confederation of African Football. Motsepe has consistently stated that he completely supports Mosimane in his endeavors and has granted him permission to relocate to Al-Ahly.