Week 14's English Premier League matchups have received a number of unfavorable responses to the Referee and VAR rulings. The likes of Chelsea, Manchester United, Liverpool, and Tottenham Hotspurs returned to winning ways in week 14, but our main attention will be on the controversial decisions made by VAR and the Referee. 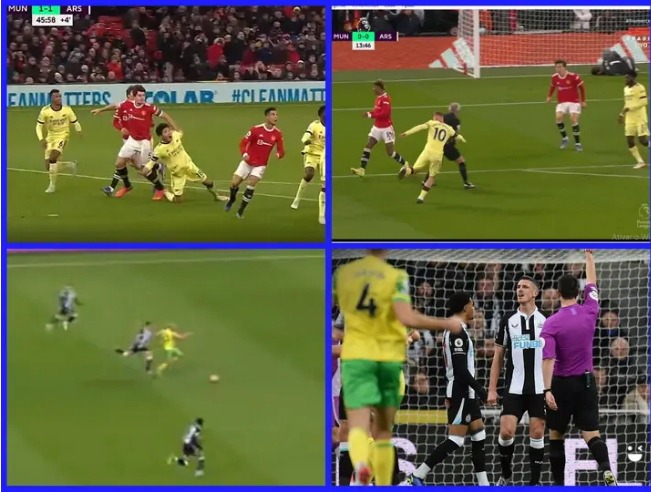 Norwich City's good start under new boss was continued in this interesting meeting between the two clubs. The Referee's decision to send off Newcastle United for a straight red card after a foul on Wilson in the first few minutes of the match has been widely criticized. In the Euros final, Bonucci received a yellow card for a similar foul, while Ciaran Clark was sent out for a straight Red Card. After examining the situation, the VAR should have erased the defender's red card, but he was just unlucky.

Despite Chelsea's victory over Watford on Wednesday night, a decision to not send off Mason Mount for a foul has been widely criticized. In spite of Mason Mount's severe injuries, the Nigerian defender was only given a yellow card by the referee.

After overcoming Arsenal 3-2 on Thursday night, the Red Devils returned to winning ways. Arsenal's first goal was controversially awarded by VAR and the ref, despite the contest being enjoyable for both teams.

David De Gea needed to be shielded because he was in excruciating discomfort as Smith Rowe threw the ball his direction. There should have been a goal ruled out by the VAR and the referee because De Gea was in the group before Smith Rowe took a shot.

Tomiyasu was fouled by Harry Maguire. 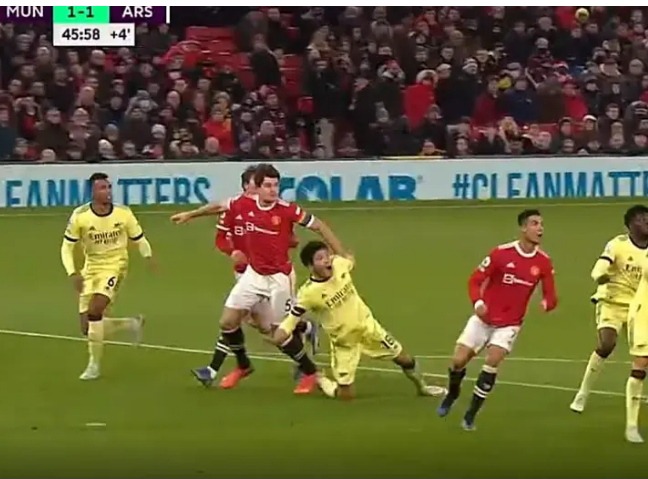 After declining to award Arsenal a penalty just before halftime, the Referee and the VAR made yet another contentious decision. Arsenal defender Tomiyasu was deliberately pushed down by Harry Maguire, but the VAR refused to assess this incident.

This should have been a penalty for Arsenal since the Manchester United captain and Tomiyasu were infringing on each other.

Do you believe that the Premier League's reputation is being harmed by the VAR and Referee's inconsistency?

"My Heartless Hubby Slept With Me While Our Kids Watched, He Forced me to be Circumcised" Lady Cries

EFF leader Melema calls for government to end wearing face masks and lockdown, here is why

Here Is Why Equal Education Is Important In Our Country