If you're a sports enthusiast, you've probably heard of Pitso Mosimane. It is no secret that Pitso was once a successful professional soccer player who is now a well-known soccer coach in South Africa and around the world. As a result of his achievements, he has been recognized with various honors and accolades. That is why his story is worth reading, and you can learn even more about him by reading the biographical information found below.

The fact that Pitso began his coaching career in soccer speaks something about his ability to make an impact on the results his teams achieve. Such that his accomplishments were acknowledged by the international society that he was once included in a top ten list of coaches in the entire world. He's also become one of Africa's most well-known and well-paid coaches, in addition to everything else.

Pitso, the coach Having made significant contributions to the development of the South African national team, former footballer John Mosimane is one of the country's most well-known and longest-serving individuals in sport. Mosimane is the head coach of Mamelodi Sundowns in the Premier Soccer League (PSL). When Mosimane won the CAF Champions League for the first time as a coach, he made soccer history in South Africa. During his stint in command of the team, he has led Sundowns to two domestic cups, three league titles, and two continental championships.

Take a look at Pisto Mosimane with one of the greatest football managers, Pep Guardiola who is currently Manchester city coach and Arsene Wenger former Arsenal coach. Which one is your favorite manager between these one's? 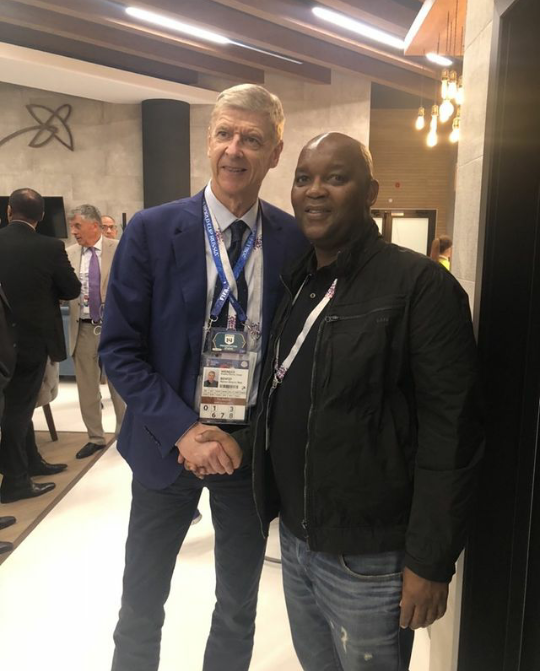 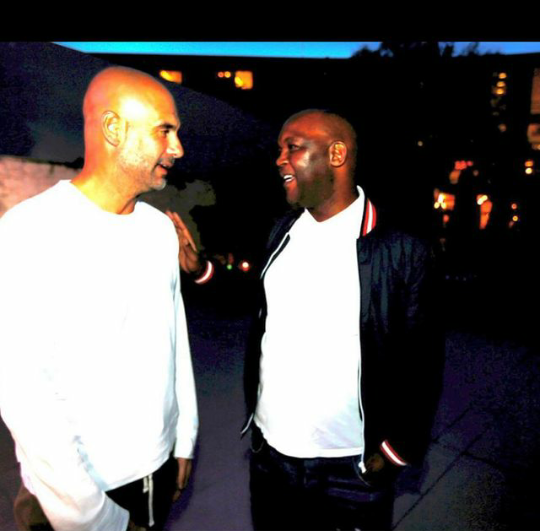